BEAST to light up Seoul at guerilla concert tonight 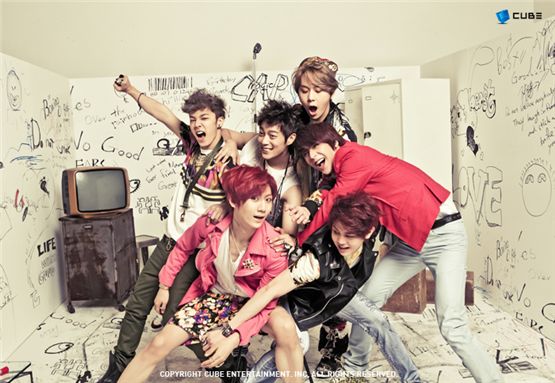 Korean boy band BEAST will take on the streets of Seoul for their guerilla concert tonight, their agency Cube Entertainment said Thursday.

The six-member boy band will stage their first performance of "Beautiful Night" at the guerilla concert taking place at the Gwanghwamun Square in Seoul, Korea at 11 p.m. KST, Thursday. "It's really meaningful that the first performance of 'Beautiful Night' will be at Gwanghwamun Square, where it gets filled with energy from crowds cheering whenever there is a major event," leader Du-jun said in the statement.

A Cube official told the magazine in an interview yesterday that BEAST will sing their title track "Beautiful Night," "Wasn't Me" and stage a special solo performance by member Yoseop. The "Fiction" singers are returning to the music scene in about a year after releasing their last album "Fiction and Fact," their first full-length album dropped last year.

BEAST broke into the music scene with the debut album "Beast Is the B2ST" in 2009 and has produced a number of hit songs such as "Shock," "Mystery," "Beautiful" and "Fiction."