INFINITE's Hoya "members didn't give me any acting advice" 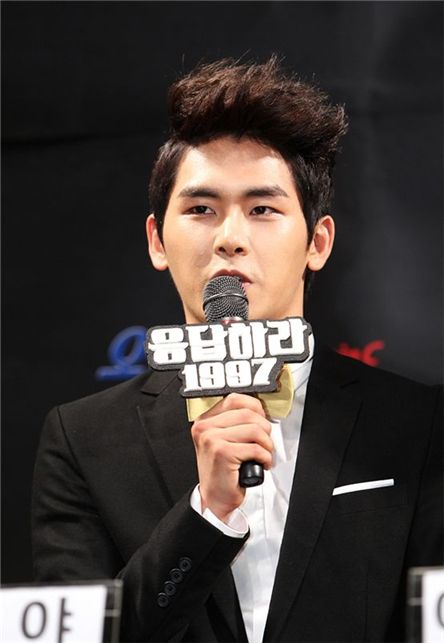 INFINITE's Hoya has expressed his disappointment towards other members about not giving him any acting advice.

"I expected L or Sung-yeol (who both had made their small screen debut already) to give me some acting advice but they didn't," Hoya said jokingly at the tvN's "Reply 1997" press conference held in Seoul, South Korea on Thursday.

"They told me that they weren't in the position to give me any sort of advice. Instead, I had turned to a trainee at our agency to take lessons."

Hoya is the third member among seven members of INIFINITE to make an acting debut after members L and Sung-yeol.

INFINITE's L starred as the main character in Japan's Asahi TV series, "Jiu: Keishichou Tokushuhan Sousakei" in 2011. He then added another drama to his filmography by appearing in tvN's "Shut Up and Let's Go" early this year. Meanwhile, Sung-yeol played the role of Yoon So-jun in SBS' daily series "While You Were Sleeping" in 2011. 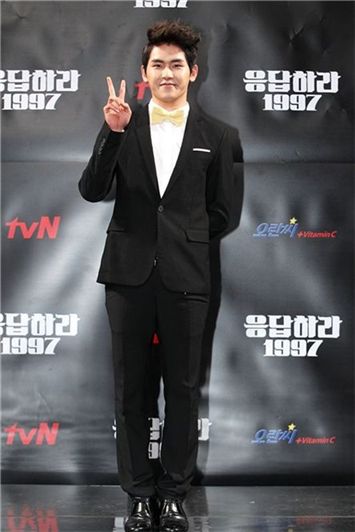 Hoya then added that it was easy for him to immerse in his character, Kang Jun-hee, because the series is set in hometown Busan.

"I had to fix my regional dialect when I moved to Seoul and that's why I used to have a funny accent. And in order to remember the Busan dialect, I began talking with my family and friends back in Busan (more often)."

Based in the city of Busan, "Reply 1997" tells the story of a group of friends that get together at their high school reunion and begin to reflect on their good old days. Back when they were teenagers, they were huge fans of the first generation of Korean idols in the 1990s, such as Seotaeji, H.O.T and Sechs Kies.