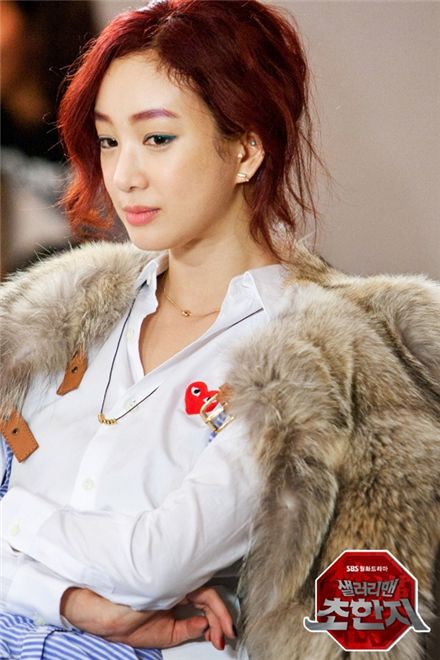 KEYEAST, which outlines the career paths of Hallyu star Bae Yong-joon and Kim Hyun-joong, said in a press release Tuesday that Jung has signed an exclusive contract with the firm

"I still have a long way to grow as an actress and I know that [under the management of KEYEAST] I can do that with every role I play in future projects," Jung said in the statement.

KEYEAST C.E.O Yang Keun-hwan explained that Jung has shown many outstanding qualities of herself as an actress through her past works and the firm will support her in all her forthcoming endeavors.

KEYEAST is one of a handful of firms that have built experiences in helping top actors' activities abroad, which is evident through Bae and Kim's popularity in the region. The firm also has Kim Soo-hyun, Lim Soo-jung, Ju Ji-hoon and Choi Kang-hee in the lineup.

Jung made her debut as a member of girl group Chakra in 2000 and left the group in 2004 to pursue her acting career.