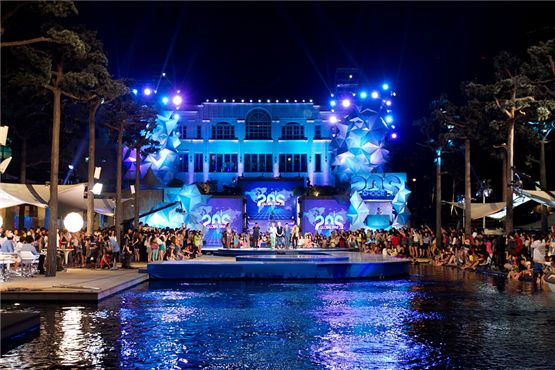 Into its sixth edition, the winners of the Mnet 20's Choice Awards have been announced at an urban spa resort located in Seoul.

Acknowledging the most popular Korean stars in the entertainment industry, the 2012 Mnet 20's Choice Awards pulled up its curtains at the Banyan Tree Club & Spa Seoul on June 8.

The finalists have been chosen by online votes, pop culture critics' votes and popularity surveys tolled by a research firm hired by Mnet.

During the 20 days of the online voting period, between June 7 and 27, around 6.7 million people from over 160 countries cast their votes for their favorite stars to take home the awards. 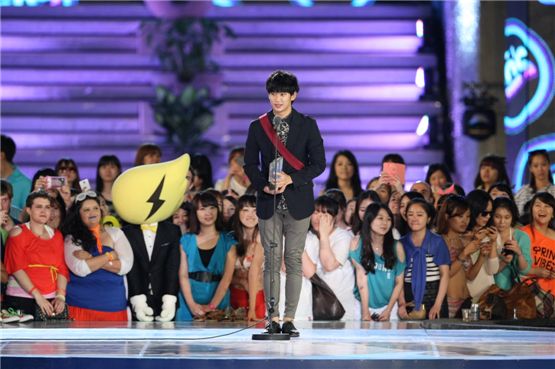 The big winner of the evening was actor Kim Soo-hyun, who was honored double wins for 20's Popular Star and 20's Drama Star (actor).

His portrayal of the King Lee Hwon in MBC's historical series "The Moon Embracing the Sun" was certainly an impressing one and over 31 percent of the online voters supported the actor to win the 20's Movie Star segment.

"I'm honored to be here at such a great ceremony. I feel that this year has undoubtfully been a great period for me (as an actor) and I hope to do my best in everything. Thank you so much," Kim said during his acceptance speech. 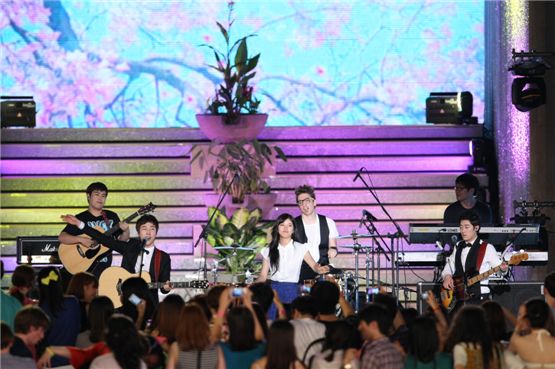 A number of artists took center stage during the ceremony for musical performances such as an electrifying show of "Electric Shock" by f(x), 2PM member Wooyoung's first solo performance and SISTAR's "LOVING U," the title off their special summer album.

Indie trio band Busker Busker sang their hit "Cherry Blossom Ending" with miss A's Suzy, who also gave a solo performance of the ballad "So Many Tears," while Girls' Generation-TTS danced around for their song "TWINKLE" and Super Junior's Lee Teuk, Donghae, Shindong and Eunhyuk brought fans to their feet for their disco tune "OPPA, OPPA."

The annual award festivity ended with Lee Je-hoon shouting, "the party will go on!" and DJ Koo and rocker YB wrapped gave an impressing ending performance with the rock rendition of "Party Will Go On." 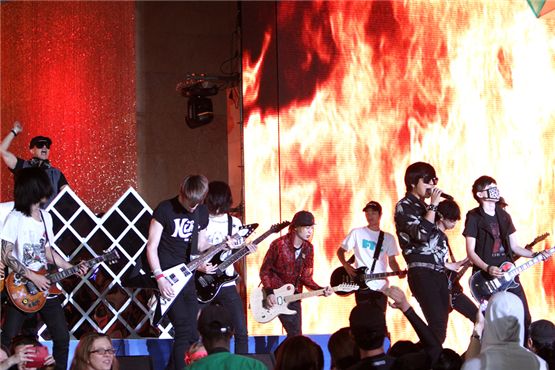