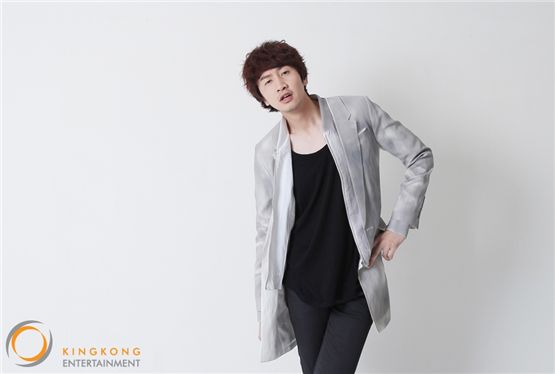 Korean actor Lee Kwang-soo has been cast to play a friend of Song Joong-gi's character in an upcoming KBS TV series, according to his agency King Kong Entertainment on Thursday.

King Kong announced in a statement that Lee will take on the role of Park Jae-gil, an all-around guy who is Song's character's best friend, in KBS' drama "Chakan Namja" (in Romanized Korean), scheduled to air in August.

In "Namja," Kang Ma-roo (Song) gets dumped by his girlfriend Han Jae-hee (played by actress Park Si-yeon) who puts her career before her love life.

With the help of his friend Park Jae-gil (Lee), he plans to take revenge on her by taking advantage of another woman (played by actress Moon Chae-won) that lost her memories from her past.

"When we came out with the final synopsis, we just felt that the ideal person that could pull off the role of Park Jae-gil was Lee. It was to the point where we couldn't think of any other actor besides him," an official with the series was quoted as saying. Known for his tall height, with his nickname being 'Giraffe,' Lee started out in the entertainment business through a commercial in 2008. He has since starred in several TV series such as "High Kick 2" (MBC, 2009), "Dong Yi - Jewel in the Crown" (MBC, 2010) and "City Hunter" (SBS, 2011).