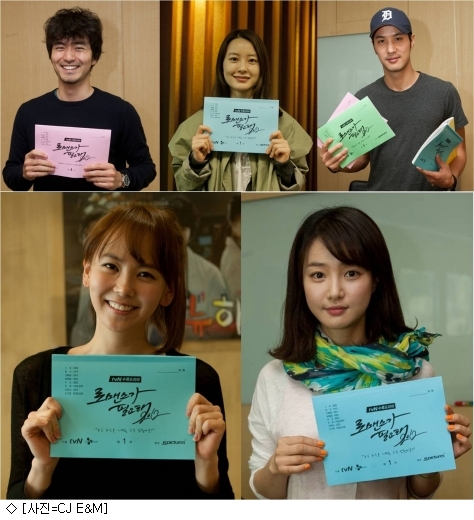 Cast of the 2nd season of "In Need of Romance" [tvN]

On Tuesday, the show's broadcaster, tvN, announced in a press release that the new season of "In Need of Romance," starring Kim and Lee, will take on Wednesday and Thursday nights starting June 20.

In the series, Kim plays a C.E.O of a coffee shop named Shin Ji-hoon who has a girlfriend named Joo Yeol-mae (Jung Yu-mi). They later get involved in a love triangle with his best friend, played by Lee.

Following the success of the first season, "In Need of Romance 2012" will follow the everyday story -- work, romance and friendship -- of women and men in their thirties.

It has received favorable reviews and viewership ratings during its run in Korea and also made its way to meet viewers in Japan earlier this year. ※ Any copying, republication or redistribution of 10Asia's content is expressly prohibited without prior consent of 10Asia. Copyright infringement is subject to criminal and civil penalties.