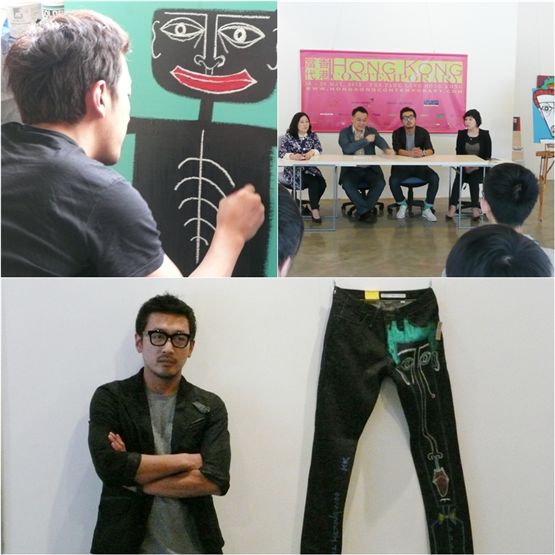 썝蹂몃낫湲 븘씠肄
Actor Ha Jung-woo has submitted over a dozen of his art works to the 2012 Hong Kong International Art Fair.

Ha has signed up 15 pieces for the fifth annual exhibition, which will take place at Hong Kong Convention and Exhibition Center from May 17 through 20, according to his agency fantagio’s press release today. “His incredible concentration, during the 15 hours of drawing paintings, was as intense as watching a bullfight,” art critic Kim Jong-geun, who accompanied Ha during his trip to Hong Kong to draw the paintings for the event, said in the statement.

“He is born to be a painter. As an art critic, I’m disappointed that his main job is an actor.”

The officials added that Ha’s paintings are not just limited in drawing on papers; he even drew characters on jeans with bold brush strokes and unique colors. Showing his enthusiasm towards expanding his career into the arts, Ha is scheduled to open a private exhibition in Korea in July, followed by displaying his art works at a gallery in Switzerland and Korea International Art Fair 2012 in the latter half of the year.