“Moon” remains unchallengeable despite its replacement with series' special 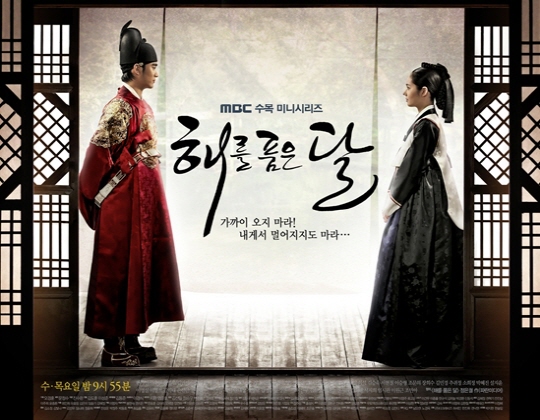 Poster of MBC's "The Moon Embracing the Sun" [MBC]

MBC’s mega-hit historical series "The Moon Embracing the Sun" has remained strong on the Wednesday and Thursday primetime lineup despite airing its special episodes due to the director going on strike.

Director of “Moon” Kim Do-hoon announced through a press release this week that he will be joining the strike by MBC producers, leading to the last two episodes of "Moon" being cancelled and replaced with the series' special episodes.

The special still managed to top the primetime lineup by drawing in viewership ratings of 24.7 percent and 19.8 percent on Wednesday and Thursday, respectively, according to data by TNmS (Total National Multimedia Statistics) on Friday.

The official statement also stated that “Moon” will resume its regularly scheduled programming on March 14 and ends its run the next day with their last 20th episode.

Following “Moon” was SBS’ “Take Care of Us Captain,” starring Ku Hye-sun and Ji Jin-hee, wrapped up its season last night with viewership ratings of 8.6 percent and 12.1 percent on Wednesday and Thursday, respectively. SBS will air a two-part series titled "Family Picture" next week before Park Yuchun and Han Ji-min starrer "Rooftop Prince" takes over the Wednesday and Thursday primetime lineup starting March 21.

In the meantime, AGB Nielson Media Research showed similar scores to TNms, with the series special of “Moon” nabbing the No. 1 spot with an average viewership rating of 21.8 percent, “Captain” drawing in an average of 8.9 percent and “Ordinary Love” marking ratings of 3.9 percent.