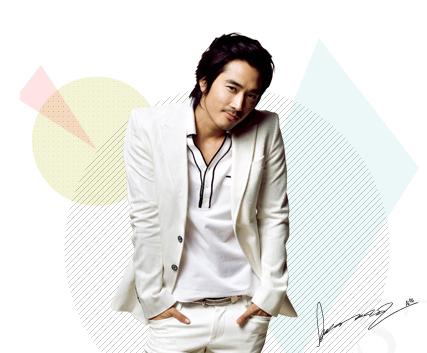 The show's producer Lee Kim Productions told 10Asia over the phone on Monday that Hallyu star Song will return to the small screen by playing the main role of a genius doctor who transcends time and space.

In the drama, the actor will be playing Dr. Jin -- a cold-hearted doctor who was born into a doctor’s family. Through magical powers he travels back to the Joseon Dynasty in the year 1860 and starts developing medicines to save dying people.

The script is originally based on a cartoon written by a famous scriptwriter Murakami Motoka. The cartoon had also been adopted as a Japanese drama, titled "Jin," in 2009. The average viewership rating for the show was 19 percent, based on Japanese TV audience ratings research firm Video Research’s report.

Lee Kim said over the phone that the show will air on one of the three major networks -- SBS, KBS, MBC -- and any detailed information including the premiere date will be announced within this week. Song has been receiving spotlight since appearing in popular sitcom "Three Guys and Three Girls" in 1996. He also starred in "Summer Scent," (KBS2, 2003) "East of Eden" (MBC, 2008) and "My Princess" (MBC, 2011).