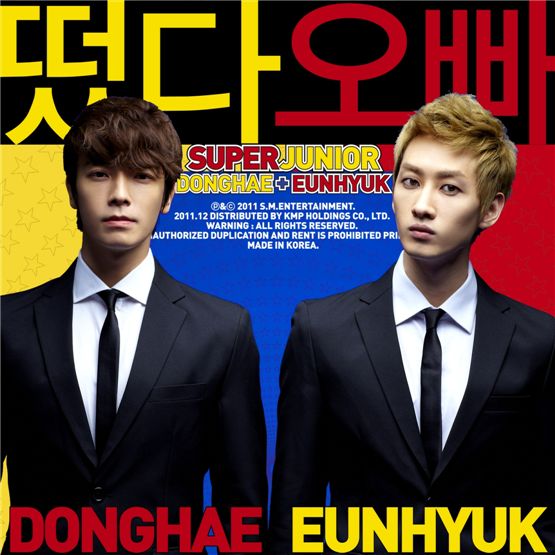 The album will include the Japanese and Korean version of "Oppa, Oppa" as well as their second duo track "First Love."

Eunhyuk and Donghae first performed "Oppa, Oppa" at their "SUPER SHOW 4" in November of last year while they promoted the song in Korea on various televised music programs the following month.

Donghae has also been a member of Super Junior-M, a sub-unit of Super Junior which focuses its activities in the China region, and has led an acting career as well. Eunhyuk is considered the best dancer of his currently ten-member boy band which is considered one of the most successful K-pop bands in the world since their debut in 2005.

As a group, Super Junior is currently busy globetrotting for their world tour which began in Korea in November 2011. They took their "SUPER SHOW 4" to several countries overseas and is slated to perform at the prestigious Tokyo Dome in Japan on May 12.