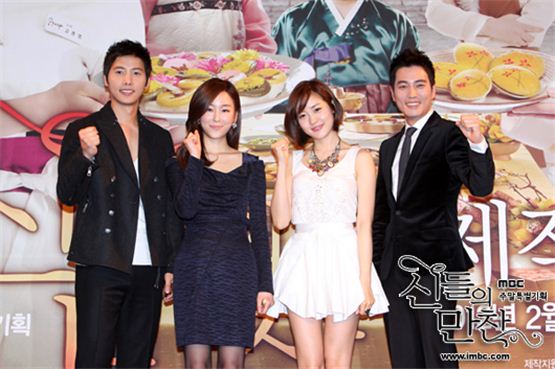 In brief
Do-hee and Sul-hee, who compete for the commanding position of traditional restaurant Arirang, are rivals. But Do-hee loses her memory and daughter In-joo due to an extreme decision and Yeon-woo, the daughter of a dancer, lives her life as Do-hee's daughter. Yeon-woo has no talent in cooking but works desperately at getting recognized by Do-hee. On the other hand, Jun-young, born with a sense of perfect taste, recovers her switched fate while competing against Yeon-woo and comes to love Yeon-woo's fiance Jae-ha. Cook Do-yoon, full of both love and hatred for his mother, becomes attracted to Jun-young. Preview
Fate versus natural talent. In a way, human beings may have created history by putting effort into paths already laid before them. Hence that is how beautiful and fierce the effort is that goes into changing fate. Fate made Jun-young cook only "to live, to feel alive" although she is born with a perfect sense of taste and Yeon-woo became a spiteful person in the process of struggling to beat a genius. Yet writer Jo Eun-jung said at the press conference for the show, "I want to show that there is no absolute good and no absolute evil." And like so, one's life cannot be decided nor judged merely by talent and fate. The show will try to show the lives of cooks who try to complete dishes with the utmost care while competing against each other endlessly and fighting over love surrounding Do-yoon and Jae-ha.

To see or not to see 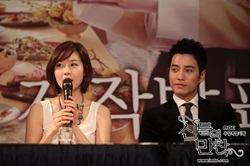 썝蹂몃낫湲 븘씠肄
To see? Nothing is new about the characters to "Supper" but expectations regarding the actors who will play them run high. Sung Yu-ri and Seo Hyun-jin left strong impressions last year through KBS' "Romance Town" and MBC's "The Duo," respectively, and Lee Sang-woo with SBS' "Thousand Days Promise" and Joo Sang-wook with OCN's "TEN" become familiar faces not only because of their projects but also with appearances on entertainment shows. Joo Sang-wook in particular, playing Jae-ha who is sloppy at everything outside of his work, assured that he is "confident in showing a new side" to himself since he will play the manager of a team instead of the head of it which he has played many times. Lee Sang-woo, who has proven to be good at melodramas, will also be a reason that viewers will tune in to the show. 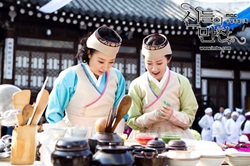 썝蹂몃낫湲 븘씠肄
Not to see? Many times have we seen the competition between one who is gifted but is not aware of it and one who has no talent yet is hard-working. And if on top of this, the former has a painful past but is always cheerful while the latter is horribly jealous of the genius, this is a story that would be one we are sick of. If the characters to "Supper" become predictable, it will be difficult for the show to look forward to seeing good response. Regarding this, director Lee Dong-yoon said, "Mozart and Salieri did serve as the basis but cooks are people who need not only talent but to constantly study into people's tastes. Hence this drama too will focus on the effort that goes into displaying this instead of showing just the talent." So will "Supper" be able to serve as a tasty drama that satisfies viewers tastes? ※ Any copying, republication or redistribution of 10Asia's content is expressly prohibited without prior consent of 10Asia. Copyright infringement is subject to criminal and civil penalties.