Actor Yoo Seung-ho: It feels like I learned how to love from words 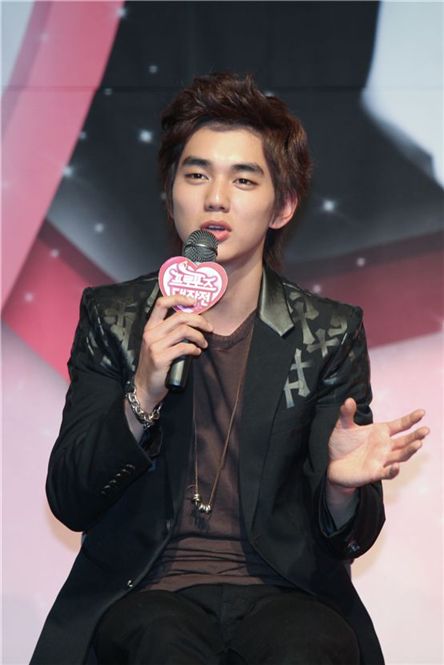 He spoke to reporters about how he was able to play a man that goes back in time to win back his first love without having any firsthand experience of being in a relationship in real life.

"Just like Park, I don't have any experience with relationships so I didn't know how to prepare myself," Yoo explained. "But honestly, just because someone has never been in a relationship, it doesn't mean that they don't know how to portray a person in love."

Yoo laughing added, "I have watched a number of works based on romance and it feels like I learned how to love based on words from watching them." Park then chimed in saying, "Even with writers, they don't write their stories all based on their own experiences."

Both Yoo and Park agreed that it was comfortable acting with one another since they have known each other since starting out in the industry as child actors, working on historical epics "Four Gods" (MBC, 2007) and "Queen Seon-duk" (MBC, 2009).

In "Operation Love," Yoo plays Kang Baek-ho, a baseball player that realizes that he is in love with his childhood friend Ham E-seul, played by Park, who has been in love with Kang for more than 20 years. He is then given a chance to go back in time to win back Ham after seeing her get married to Kwon Jin-won (Lee Hyun-jin).

The series, written by famed scenarist Yoon Ji-ryun of KBS' popular drama "Boys Over Flowers," is scheduled to air every Wednesday and Thursday nights starting February 8.