2011 10Awards│Writer and Actor of the Year 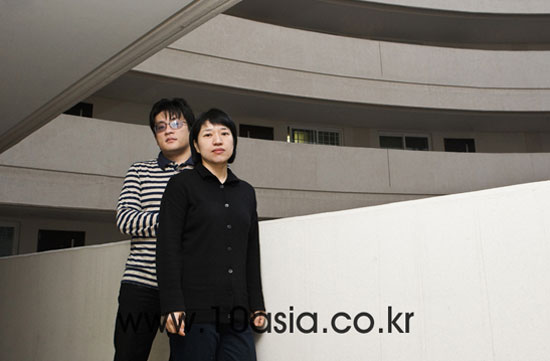 As a historical drama, as a political drama and out of all dramas of the year 2009, MBC's "Queen Seondeok" had no equal. But writers Kim Young-hyun and Park Sang-yeon broke their own record through "Deep Rooted Tree." Separate from its weakness as being based on an original novel and having biased interpretation of its characters, it is only natural that one would wonder "how far their storytelling abilities reach" (Jang Kyung-jin) from the fact that "they told of the philosophies and discussions of the times with pinpoint accuracy, had the will to hold fast to questions substituted to 'now, here' amidst the dramatic tension, and boosted the quality of the drama by blowing diginty into each and every character" (Cho Ji-young). More than anything, "the persistency to look for 'what' to talk about in times that all other dramas are searching for 'how' to tell their stories" and their attitude in producing viewers with "an explanation of 'why' Sejong put up such a fight and furthermore, 'why' they had to tell such a story now" (Yoon Hee-seong) shows how "they did not stop at just making a drama but constantly communicated with viewers outside the TV as well" (Jang Kyung-jin) which was their secret to becoming better.


Other opinions Jang Hang-joon, Kim Eun-hee - SBS "Sign"
Stability rather than phenomenal and adaptation rather than courage stood out in this year's dramas and the choice that Yoon Ji-hoon (Park Shin-yang) made in the last episode in particular was a phenomenal one that would have not been easy for any drama to take on while also a speech on the strongest resistence by some people living these times. (Kang Myeong-seok)
The drama was not just about the catharsis felt from watching a drama which borrowed its format and characters from American dramas but it made me realize how uncomfortable and painful it is for an individual to protect the truth and justice in the society we live in nowadays. (Choi Ji-eun)
Many write about just main characters fighting against corrupt vested interests. But these writers ask whether we know that this handful of justice left in our hands was acquired from the sacrifice of so many others. (Lee Seung-han)

Kim Soo-hyun - SBS "Thousand Days Promise"
A fighter who has not lost her fighting spirit despite 40 years of fighting. A warrior who always holds a sharp knife right up against the neck of the viewer. Kim Soo-hyun is a writer who is 'now' more than anyone else. (Beck Una)
My evaluation from last year that she "creates projects that are 'alive' -- having an influence on reality and become controversial'" holds valid. She has maintained the lines, way of speaking, and sense of humor that is typical of Kim Soo-hyun but she is also the only one who can put up with or acknowledge difference wihile making the viewers immerse themselves into her works. (Yoonina)
She tells us it is impossible to live life without hurting others and hence, that we should accept that and live our lives also healing the ones we have hurt. She made another typical Kim Soo-hyun drama but I learned from watching this year, as always. (Kim Hee-ju)

Kwon Kiyoung - SBS "Protect the Boss"
The drama is worthy of applause for the mere fact that it was kind yet fun and told of commonplace topics and genres in a way that is not provocative or typical. (Lee Ga-on) Soh Hyun-kyung - SBS "49 Days"
A drama that made me wonder what I mean to someone else. (Jung Suk-hee) 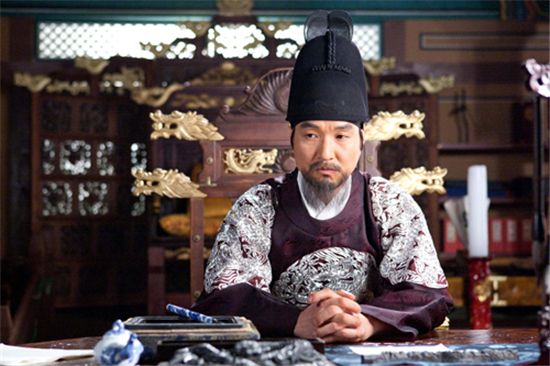 Han Suk-kyu who was thought of as "having grown distant from the public with the start of the 21st century" (Lee Ji-hye) made his revival known through Lee Do in the year 2011. Like the evaluation that "his acting, through which he freely expressed the agony of a human being and anger of a king, the sorrow of a son and heartaching of a father, and the benevolence of a wise man and sarcasm of a madman, was technically accurate and eagerly sentimental," (Yoon Hee-seong) Han Suk-kyu did exactly or even more of what he was asked to express, "making him worthy of many awards including those for comeback of the year, casting of the year, voice of the year, pronunciation of the year" and "the answer sheet to how much an actor can pull up the quality of his character and project." (Cho Ji-young) Were it not for him who proved that his past popularity was a false reputation, a line like "You're bloody nuts" could have not become a famous line.

Kong Hyo-jin - MBC "The Greatest Love"
She found the field she can be best at by overcoming her image and external appearance. She may have played a celebrity in "The Greatest Love" but her dailiness and loveliness made Goo Ae-jung the most ordinary presence possible. (Jang Kyung-jin)
In dramas, it was always the actor with the biggest voice, most lines and more success that triumphed. But Kong Hyo-jin triumphed without yelling a single time, by saying everyday and commonsense lines, and staying a step behind. She is a smart actress who creates force from a sense of balance she is born with. (Beck Una)
She had an accurate understanding of the position she was in but did not seem miserable and she aimed high but did not seem excessively greedy. She was also great at finding the point of equilibrium, like she was for her character Seo Yoo-kyung in "Pasta." No, she was even better. (Lee Ga-on)

Cha Seung-won - MBC "The Greatest Love"
Like all had worried about, Dokgo Jin could have easily become a character that is neither one nor the other. Hence it was the power of Dokgo Jin and the acting skills of Cha Seung-won which made it possible for viewers to become convinced of a love with is set in reality but actually closer to fantasy. (Yoonina)
He created a character that has never been seen before. It is impossible to think of Dokgo Jin played by someone other than Cha Seung-won. (Jung Suk-hee)

Yum Jung-ah - MBC "Royal Family"
Drawing popularity due to a character one had good luck in coming across by chance and a good role coming across capability accumulated from much waiting are on completely different levels. Yum Jung-ah is of the latter. (Wee Geun-woo)
She made the easy-to-describe but difficult-to-embody character Kim In-sook her own. Her acute sensitivity in analyzing a character and powerful passion to encompass all and act it out brought birth to the achievement of the year. (Lee Seung-han)

Park Shin-yang - SBS 'Sign"
Nobody could look more ordinary than him as an actor but he has a surprising energy which always dominates the screen. Ironically, what completed the hero Yoon Ji-hoon was the impetuousness of this man contained within his wrinkles and tired face. (Choi Ji-eun)

Park Young-gyu - SBS "Protect the Boss", "Thousand Days Promise"
When he appears, you cannot help but crane your neck towards the TV and get drawn right in to the story being told in it. He has always been a good actor but it is great to see him back this year . (Kim Hee-ju)

Hyun Bin - SBS "Secret Garden"
Hyun Bin brought his character Kim Ju-won to earth by instilling the sensitivity of a soft-hearted boy into the unrealistic heir to a conglomerate family. This represents the fact that good acting does not have to be entirely realistic. (Kang Myeong-seok)