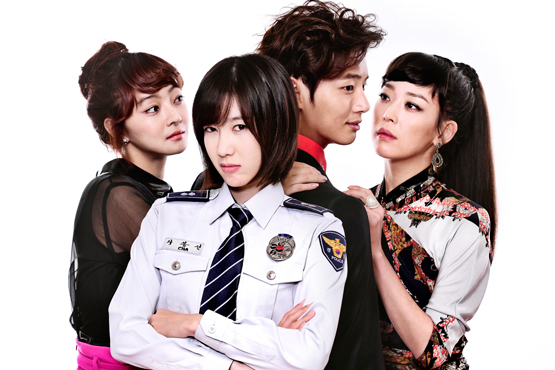 Summary
Bong-sun, who grew up alone because her parents left home, becomes a police officer. But because she will explode at whatever is fake and hypocritical, whether it be human relationships or situations, she has no friends and is hated by her fellow officers. Also being unable to bear vanity although suffering from depression on the inside, she then one day comes across poor parking lot attendant Jae-hee (Yoon Si-yoon) and falls in love with him but dumps him when she finds out he is actually a billionaire. Preview
"Flower, I Am" is about the love between a female character who went through many hardships while growing up and a male character who has achieved both wealth and success and is now drawn to unaffected women, a format that is cliche enough to be carried in an elementary school textbook. But to this, the element of 'forming a healthy relationship' has been added. Bong-sun, who cannot stand unjustice and raises her voice to the hypocritical world, and Dal (Seo Hyo-rim) who openly tries to become the most pretentious girl in the world full of vanity, both get pointed at in the standardized society they live in yet are members of it created by society itself and are characters that bring out a single side that everyone has to them on the inside. So these "daring and rude" characters seek a healthy and enjoyable life while getting involved with Jae-hee who lives a life full of freedom while being loved by many women, CEO Hwa-young (Han Go-eun) who is up to every move, and Tae-hwa (Cho Min-gi) who is a man of considerable wealth yet does not look down on the have-nots. That is why what is important about "Flower, I Am" is the process through which these somewhat excessively daring yet somehow lacking people find out about themselves by meeting with new people and reach out for each other. So will "Flower, I Am" be able to become a 'healing comedy' which breaks away from ordinary romantic comedies and provides hope to its viewers as well?

To see, or not to see 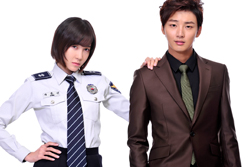 썝蹂몃낫湲 븘씠肄
To see? "Flower, I Am" received attention for its actors E Ji-ah and Yoon Si-yoon more than its story and characters. Without it meaning to be so, "Flower, I Am" has become a platform for scrutiny for actress E who herself said, "I haven't been on a long break but it feels like it's been a very long time," and because Yoon Si-yoon joined the project just recently to replace the original male star who stepped down from his role from an injury, more are interested in the product they will produce. But E showed her affection for her character by saying, "Bong-sun is so honest and innocent that she has a hard time living her life. So I feel sorry for her." And Yoon could not hide his excitement over playing his character remarking, "I feel a bigger sense of responsibility because I joined late but I've always wanted to try a cool character." It means that they are hoping the viewers will pay more attention to the characters they will play than the actors themselves. Hence it will probably be interesting to see the chemistry between E who plays the short-tempered policewoman Cha Bong-sun and Yoon who plays the confident Seo Jae-hee. 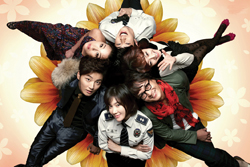 썝蹂몃낫湲 븘씠肄
Not to see? If it is going to be daring, it must be daring enough to satisfy viewers. Having a "strong-minded female character who will start an argument about how the times are full of hypocrisy and vanity" may stand out in itself but it will only be brought out properly when there is sufficient portrayal and expression of that's characters thoughts and feelings. Jae-hee, who is a self-made man who went through many hardships when young, too will draw viewer's attention when he shown as a round character. By now, numerous romantic comedies have depicted on female characters that cannot stand injustice and male characters who stay cool although they are loved by three women and projects that have failed to show anything beyond the character's personalities have gotten forgotten. "Flower, I Am" will end up being one of the many typical romantic comedies in the market if it fails to come up with details that will be unexpected and daring enough to make viewers gasp in surprise. ※ Any copying, republication or redistribution of 10Asia's content is expressly prohibited without prior consent of 10Asia. Copyright infringement is subject to criminal and civil penalties.