"The Frontline" receives 4 honors by Korean Association of Film Critics 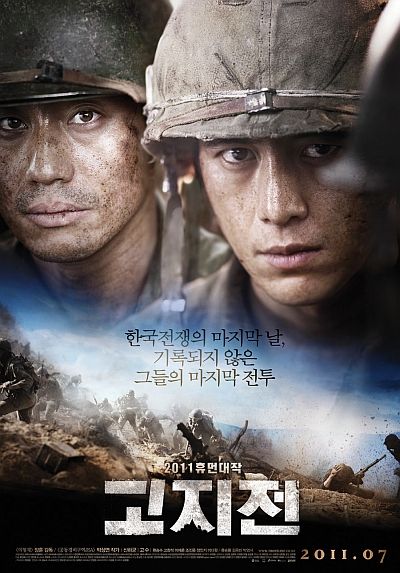 Movie poster for "The Frontline" [Showbox]

Korean war flick "The Frontline" has received four honors by the Korean Association of Film Critics (KAFC), adding to the string of domestic acclamations the film has won since its release in July.

The announcement was made over the weekend on the official KAFC website which stated that "The Frontline" was chosen as best picture against some of the biggest films of 2011 while the award ceremony will take place in Seoul on November 11.

In the meantime, Korean actor Ha Jung-woo took home the prize for best actor for his role in "The Murderer (The Yellow Sea)" and Chinese actress Tang Wei was named best actress for playing a female prisoner who falls in love with a gigolo (played by Hyun Bin) in "Late Autumn."

※ Any copying, republication or redistribution of 10Asia's content is expressly prohibited without prior consent of 10Asia. Copyright infringement is subject to criminal and civil penalties.
TODAY 주요뉴스