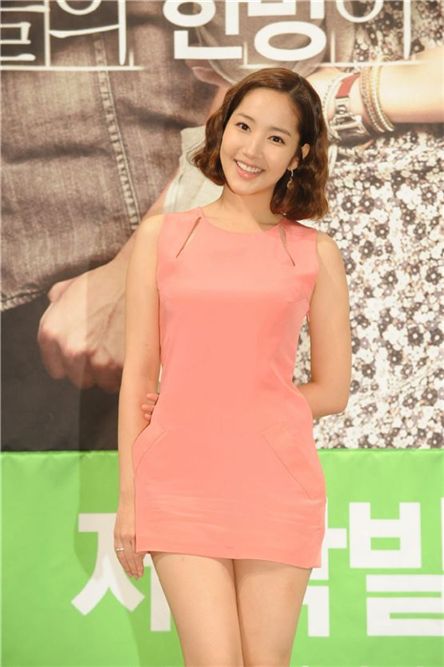 Playing the female lead in a TV series may be a dream for some but Korean actress Park Min-young, who has done so successfully several times now, says she is always dreaming and wishing for more.

Park made the remark to local reporters on Wednesday while talking about her wish since her character Jane in upcoming KBS TV series "Glory Jane" has the three wishes of finding her family, becoming a great nurse and finding true love. "I feel like that I am someone who has many dreams and wishes. And even though I am acting right now, I still have dreams popping up in my head," Park said.

"Even right now, I'm thinking about what I can learn or something new that I can try out after finishing 'Glory Jane.' But I'm sure that whatever it is, it will help me as an actress......maybe it is because I don't want to waste my time or because I feel more secure with where I am now."

Park, who made her debut in a commercial in 2005, saw her acting career take off after playing the female leads in KBS' fusion series "SungKyunKwan Scandal" in 2010 and SBS' action drama "City Hunter" earlier this year. "Glory Jane," a collaboration between producer Lee Jung-sup and scenarist Kang Eun-kyung of the 2010 hit baking drama "Bread, Love and Dreams," tells the story of Jane who tries to find her family while working hard to become a great nurse till she meets her favorite baseball player Kim Young-gwang (played by Chun Jung-myung).