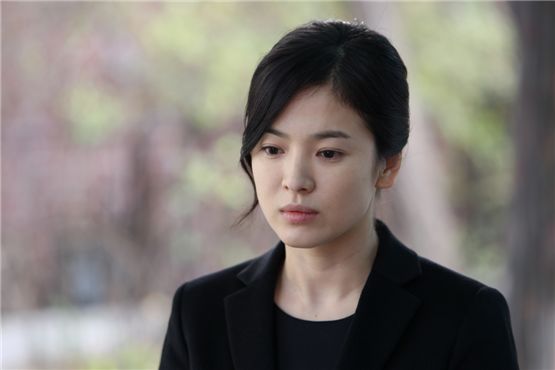 Korean actress Song Hye-kyo says she faced some difficulties in getting into her character for her upcoming film.

Song made the remark during the press conference held in Seoul on Monday for her new movie "Today" where she told local reporters that it was hard at first to play her character Da-hye, a documentary producer who grieves over the loss of her fiancee who died in a tragic accident. "It was hard trying to get myself in the state to play the scenes where I'm sobbing because I didn't have any personal experiences to reflect on," Song said.

"But I thank director Lee Jung-hyang because we shot most of the sad and climatic scenes towards the end when I was somewhat in tune with my character,” she explained.

“I feel that talking with Lee helped a lot and it made me understand to feel the anger and emotions that Da-hye was feeling.” In "Today," Song plays Da-hye who decides to shoot a documentary based on 'forgiveness' a year after her fiancee Sang-woo's (Ki Tae-young) death in a car accident.

While filming her documentary, Da-hye is overcome with emotions that she was not able to show towards the 17-year-old student who caused the accident.

"Today," helmed by auteur Lee Jung-hyang of "The Art Museum by the Zoo" and "The Way Home," also stars actors Song Chang-eui, Ki Tae-young and teenage actress Nam Ji-hyeon and will open in local theaters on October 27. 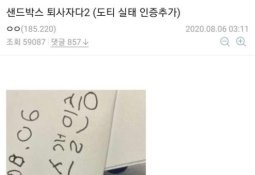