Song Hye-kyo's new film to open in theaters next month 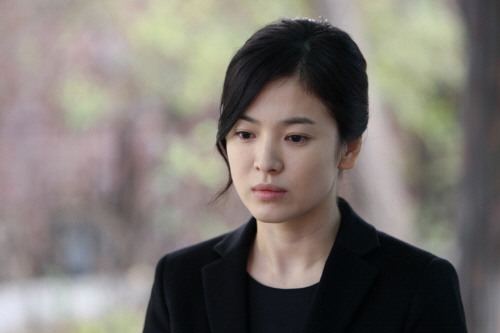 On Tuesday, Lotte announced in a press release that Song's movie "Today" (translated title) has been slated for a nationwide release on October 27. "Today," helmed by famed Korean director Lee Jeong-hyang whose works include "The Way Home," tells the story of documentary producer Da-hye (Song) who loses her fiancee in an accident. The picture also stars Nam Ji-hyun and Song Chang-eui.

Song appeared in a string of dramas and sitcoms since her debut 1996 and shot to fame in hit KBS TV series "Autumn Tale" (KBS, 2000) co-starring Hallyu stars Won Bin and Song Seung-heon.

She gained increasing popularity throughout Asia with her roles in several successful TV shows thereafter such as "All In" (SBS, 2003) and "Full House" (KBS, 2004) and most recently had shot movie “Love For Sale” opposite Gang Dong-won which was screened at last year's Busan International Film Festival. ※ Any copying, republication or redistribution of 10Asia's content is expressly prohibited without prior consent of 10Asia. Copyright infringement is subject to criminal and civil penalties.