SBS series "Scent of a Woman" sold to 8 countries 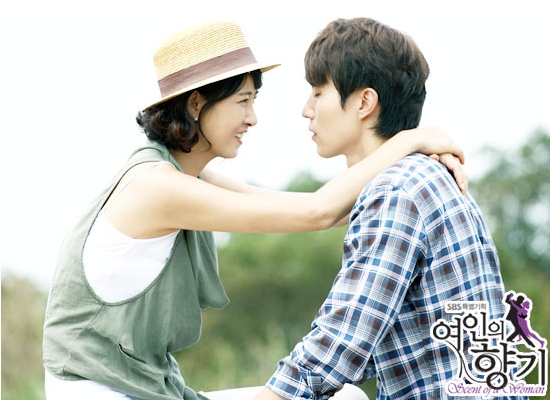 An SBS TV series starring Korean actress Kim Suna and actor Lee Dong-wook has been sold to eight countries, according to the show's distributor SBS Contents Hub on Monday.

SBS Contents Hub announced in a press release that Kim and Lee starrer "Scent of a Woman" was sold to the Philippines, Hong Kong, Taiwan, Singapore, Cambodia, Malaysia, Indonesia and Vietnam. "We received favorable reviews for 'Scent of a Woman' when it first aired in Korea in mid-July and many international countries have shown interest in purchasing the rights for the show," an official from SBS was quoted as saying.

"Scent of a Woman" tells the story of Lee Yeon-jae (Kim) who finds out that she only has six months to live. She then tries to fulfill the things on her 'bucket list' before dying when she meets Kang Ji-wook (Lee). The two fall in love and together start to discover the joys of life.

The show, also starring Seo Hyo-rim and Um Ki-joon, has scored viewership ratings in the high 15 to 16 percent range since making its premiere on July 23. ※ Any copying, republication or redistribution of 10Asia's content is expressly prohibited without prior consent of 10Asia. Copyright infringement is subject to criminal and civil penalties.