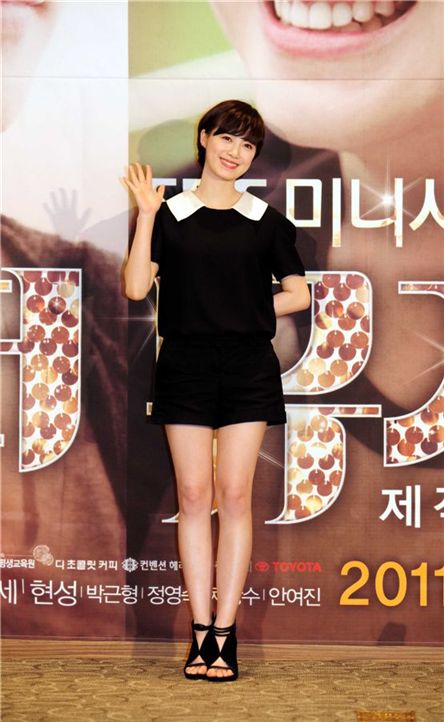 Korean actress Ku Hye-sun has said she drank wild berry wine to toughen up for her scenes in musicals in her upcoming TV series.

Ku made the remark during a press conference held in Seoul on Tuesday for SBS' 16-part drama "The Musical" where she plays Go Eun-bi, a medical student who dreams of becoming a musical actress but gets rejected a number of times due to her lack of experience.

Ku started by confessing, "I actually have a bad case of stage fright and my whole body begins to shake because of my nerves."

"So the director gave me permission to drink wild berry wine before shooting the scenes I had to perform on stage since I had to sing all of the songs on the show live," she went onto explain.

Then with a laugh she added, “I get stage fright only when I'm on a stage and never when I’m working on a regular drama. I'd have just a glass before going on stage though, never to the point where I get drunk." Actor Choi Daniel, who plays genius musical composer Hong Jae, decides to train and help Go Eun-bi.