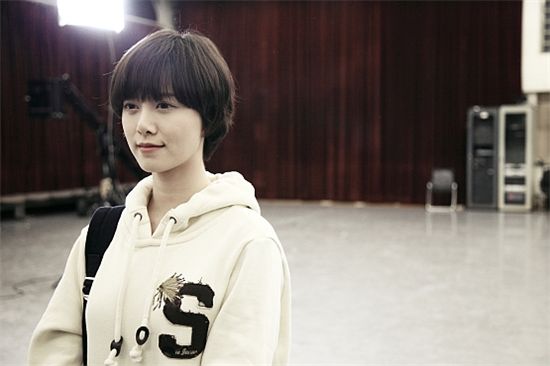 Ku Hye-sun starrer mini-series "The Musical" will go on air starting next week, according to the show's broadcaster SBS on Sunday.

"The Musical," also starring Choi Daniel and Ock Ju-hyun, will premiere on September 2 and be aired every Friday at 9:55 p.m.

Shot since July 2010 to shoot actual musical performances, the 16-part drama, telling of the passion and romance of the producers, songwriters and actors in a musical production, is almost done filming.

Composers Frank Wildhorn of "Jekyll & Hyde" and "The Counte of Monte Cristo" and Sylvester Levay of "Mozart!" have also allowed the show to use their songs.

In the show, written by noted screenwriter Kim Hee-jae who penned the hit films "Silmido" and "Another Public Enemy," Ku will play the role of a medical student who dreams of becoming a musical actor. Choi, who rose to stardom after appearing in the popular sitcom "High Kick Through The Roof" (MBC, 2009-2010) has been cast as a genius composer while singer and actor Ock will portray a diva in the musical world named Bae Gang-hee.