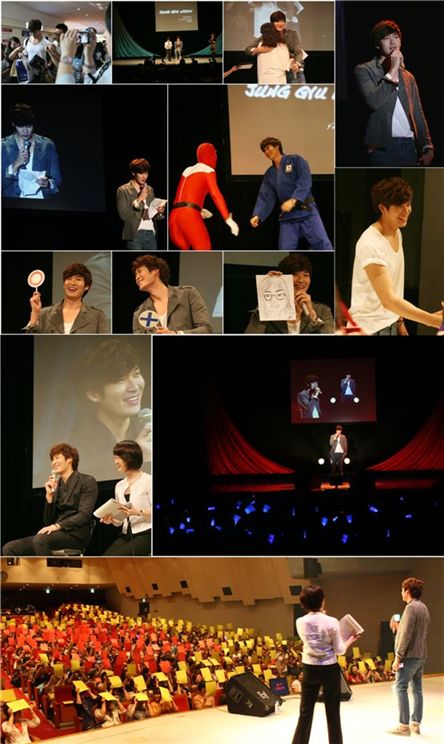 Korean actor Jung Gyu-woon held his second fan meeting in Japan over the weekend, according to his agency fantagio.

On Tuesday, fantagio announced in a press release that Jung met with about 800 fans at the Hitotsubashi Hall in Tokyo on August 13.

He kicked off the meet-and-greet with his rendition of popular Japanese band SMAP's song "The Only Flower in the World" and Korean singer Lee Juck's "It's a Good Thing."

Jung then displayed his judo skills, which he learned from drama "Champ," electronic techno dance and drawing skills.

"I can't believe that two hours went by so fast but I hope that everyone enjoyed the time that we spent together," Jung was quoted as saying. Jung ended the fan meeting by holding a handshaking and photograph session with the 800 attendants.

A day before the event, Jung held interviews with about 30 local media outlets such as Sankei Sports and WOWOW TV.

Recently, he had starred in KBS' romantic comedy "Romance Town" opposite actress Sung Yu-ri and served as the PR ambassador for the 7th annual Jecheon International Music & Film Festival (JIMFF).