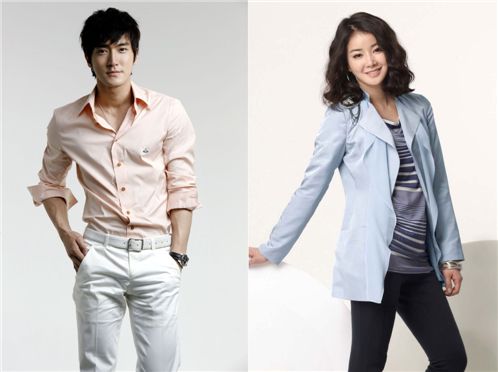 Super Junior member Choi Siwon and actress Lee Si-young have been cast as the main leads to upcoming TV series "Poseidon," according to the show's producer Annex Telecom on Tuesday.

An official at Annex told 10Asia over the phone that Choi and Lee will star in the show set for a premiere in September after KBS's current Monday and Tuesday primetime series "Spy Myung-Wol" ends its run.

Choi and Lee are replacing Shinhwa member Eric and actress Kim Ok-vin, respectively, who dropped out of the show when production got halted after North Korea's unexpected shelling of South Korea's Yeonpyeong Island last November.

It was only in June of this year that "Poseidon," originally set to air in the early half of the year, got alloted a time slot for next month.

Choi and Lee, as well as other members of the cast including Lee Sung-jae, Han Jung-soo and Lee Moon-shik will play special forces soldiers of the National Maritime Police Academy in the upcoming drama, the official explained, and they all turned up for the first script reading session today ahead of the show's first shooting session next week. In the meantime, actor and male band TVXQ member U-Know Yunho, one of the first celebrities to be cast for the drama, is still considering his part. "We're in the final stages of negotiating on his appearance in the show and the decision will come in a day or two... We just need to talk a bit more because of his activities in Japan."

TVXQ, one of K-pop's most succesful bands in Asia, have been promoting their latest single in Japan released just less than two weeks ago.

If U-Know takes on the role, it will be his second acting part on the small screen since MBC's "No Limit" where he played a soccer player named Cha Bong-goon.

For Choi, also a member of one of Asia's most popular by bands, "Poseidon" will be his first small screen role since SBS TV series "Athena" seven months ago.

He started pursuing an acting career soon after he debuted as a member of Super Junior in 2005 and has appeared in a couple films and dramas.

Lee, who debuted in 2008, became known after appearing in smash hit TV series "Boys Over Flowers" the following year and has since taken on several big and small screen roles.