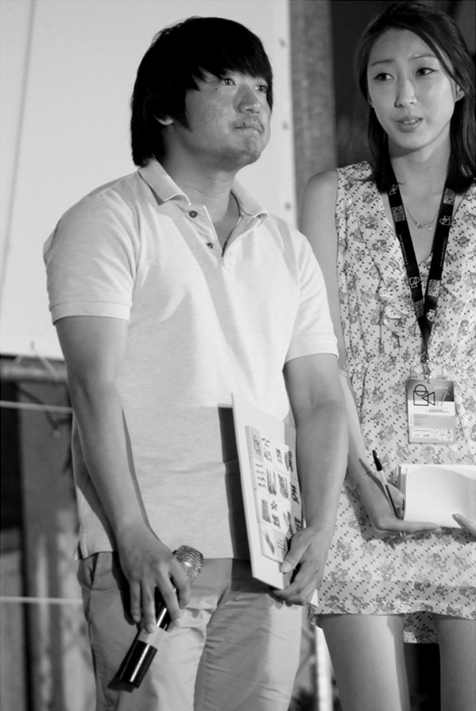 Director Park Jung-bum's feature "The Journals of Musan" has collected another accolade at an international film festival, winning the grand prize and the young jury award at this year's Mostra Internazionale del Nuovo Cinema in Italy.

According to the official website of the festival on Wednesday, "Musan" scored the top prize under the international competition category as well as the young jury prize, comprised of 20 student jurors from the Carlo Bo University of Urbino, at the 47th annual Mostra Internazionale del Nuovo Cinema held at Pesaro of Italy from June 19 to 27.

"The Journals of Musan" tells the story of a North Korean defector named Jeon Seung-chul who struggles to adapt to life in South Korea, while he tries to overcome the discrimination that he receives and find a decent job.

It had been awarded at the 54th San Francisco International Film Festival and most recently at the 5th annual Andrei Trakovsky Film Festival. It was also chosen as one of the top ten must-see movies by magazine Time Out New York. ※ Any copying, republication or redistribution of 10Asia's content is expressly prohibited without prior consent of 10Asia. Copyright infringement is subject to criminal and civil penalties.