[PREVIEW] Cha Seung-won: I wanted to show the cute side to men 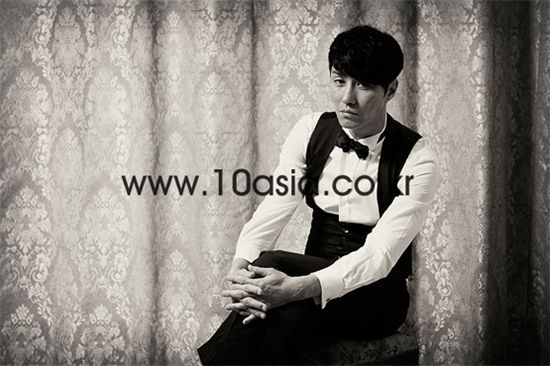 He will be hateful but loveable and dashing but cute. It is impossible to imagine anyone, other than Cha Seung-won, as playing Dokgo Jin in MBC's "The Greatest Love" which has made many women a fan of the show. The actor himself calmy attributes it to "habits or practices (of the character) that the body has gotten used to" since he spends more time on set than living a normal life but that is probably not the only reason to it. From a long time ago, it was his "dream to become an actor who can play roles in both comedic and conventional projects" and he knew of exactly sort of character would make womens' hearts flutter because he said, "Someone who says things like, 'I didn't do it because I like you. I did it because I had to.' That sort of cuteness exists in men and I wanted to play a character that's like that." Hence Dokgo Jin is the result of the fusing of a man on paper and the things actor Cha Seung-won had usually had in mind.

Like Dokgo Jin who tried to protect Goo Ae-jung even in the face of death, Cha Seung-won too has something he wants to protect. "My family including myself. Because to protect them, I have to be there for them. Being in entertainment, there are many elements that try to step into the boundaries of our lives. So I need to protect them from those." And he is not talking about the obvious need to harmonize work and his personal life. "When I need to do something in order to protect my family, I need to make a decision. I don't care if that doesn't make me a nice guy." This man, who is utterly professional when it comes to work, showed a glimpse of his true emotions when speaking of his family as being his absolute priority. In other words, he is a romantist. Is it possible not to become enamored with this man who says he wants to do another project like "The Greatest Love" because he believes "the good things about portraying love will be that it probably won't change even in the future." Tomorrow, "10Asia" will reveal its interview with Cha Seung-won through which viewers will be able to find immediate comfort in, particularly with the show ending its run tonight. We will also have our own story on and photographs from the set of "The Greatest Love."