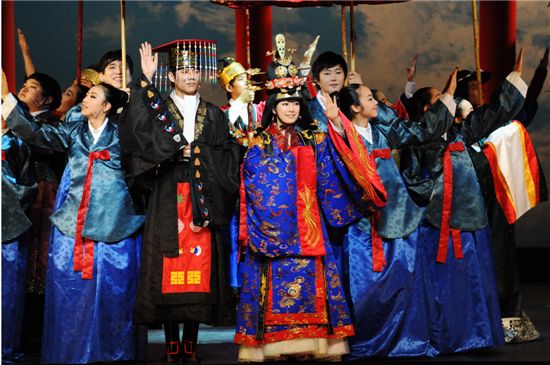 Korean musical “Goong” opened its curtain in Japan over the weekend, notified the musical’s producer Group 8 on Tuesday.

According to press release by Group 8, “Goong” starring Kim Kyu-jong of boy band SS501, kicked off last Saturday at Minami-za Kabuki Theater in Kyoto with the show a complete sellout.

“I definitely feel a different kind of appeal to acting in musicals. I’m not used to getting all tense one moment, then appearing composed the next...... But now that I’ve managed to pull off my first performance, I plan to work on perfecting my acting everyday," Kim was quoted as saying in the statement.

In “Goong,” where Korea stands as a constitutional monarchy, Kim plays a crown prince in modern day Korea opposite musical actress Kwak Sun-young, who plays a girl that suddenly finds herself engaged to the prince and struggling to live up to his standard.

Accordingly, the musical showcases various Korean traditional costumes as well as colorful rituals from Korea's past. The plot, originally from a popular comic book series by Park So-hee was also turned into hit TV series “Goong” starring Yoon Eun-hye and Joo Ji-hoon in 2006.

The latest musical, which was realized by the invitation of top Japanese entertainment companies Shochiku (松竹), famous for traditional kabuki performances and talent agency IMX, will show in Japan until July 1. 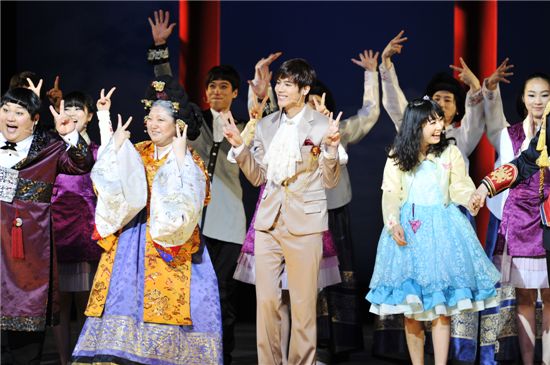