Cable drama “In Need of Romance” pre-sold to Japan 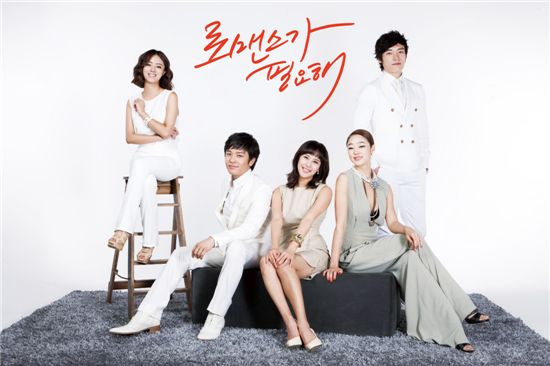 Local TV series “In Need of Romance” has been pre-sold to Japan at the highest price for a cable drama, notified Korean entertainment firm CJ E&M on Thursday.

According to a press release by CJ E&M, major Japanese content distributor SPO recently acquired the TV broadcast and DVD rights to the drama starring Cho Yeo-jung, Kim Jeong-hoon, Choi Song-hyeon and Choi Yeo-jin, at the highest price ever for a local cable drama before its premiere.

“Romance’ is a well-made drama that shows a wonderful combination of unique characters and their lively romance which we expect Japanese viewers can also relate to,” an official at SPO was quoted as saying in the statement.

“Expectations are high among Japanese fans as this is also singer-actor Kim Jeong-hoon’s first drama since discharged from the army,” he added.

SPO is already well known in Japan for introducing other Korean romantic comedies to the country including “Goong (MBC, 2006),” “Boys Over Flowers (KBS, 2009)” and “Naughty Kiss (MBC, 2010).” "Romance" will be shown in Japan within the year starting on cable music channel Mnet Japan, explained an official at contents sales team of CJ E&M in the statement.

The 16-part drama, about the work, romance and friendship of three career woman in their 30s, will premiere in Korea on local cable channel tvN starting June 13.