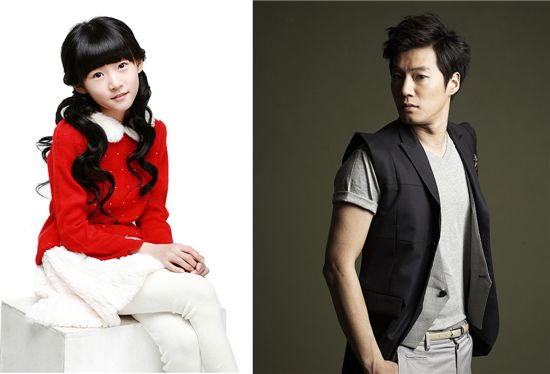 Actor Lee Chun-hee and child actress Kim Sae-ron have been cast in a new film, informed their agency N.O.A Entertainment on Friday.

According to a press release by N.O.A, Lee and Kim have been cast in a new film tentatively titled “Barbie” which tells of the friendship between a Korean girl named Soon-young and American girl Barbie that goes beyond borders while revealing the superficial beauty of the system of overseas adoption.

Kim will play Soon-young who, despite living with a mentally-challenged father, a younger sibling and an selfish uncle, never loses hope, and Lee, the uncle named Mang-tae who always curses and attempts to sign his niece up for adoption to the United States in hopes of earning a fortune in return.

The film which will be written and helmed by director Lee Sang-woo, well known for several controversial indie films such as “Mother is a Whore” (2011) and “Father is a Dog” (2010), cranked in on May 21 at Pohang City of South Gyeongsang Province.

The film has been invited to the 2011 Busan International Film Festival (BIFF) set for October this year and is to be submitted to the Venice International Film Festival which will take place at the end of August this year. Kim, 10, debuted in 2009 with the film “A Brand New Life” and rose to nationwide recognition with 2010 hit film “The Man from Nowhere” where she co-starred with Hallyu star Won Bin. She is currently appearing in MBC’s weekend drama “Can You Hear My Heart” (2011).