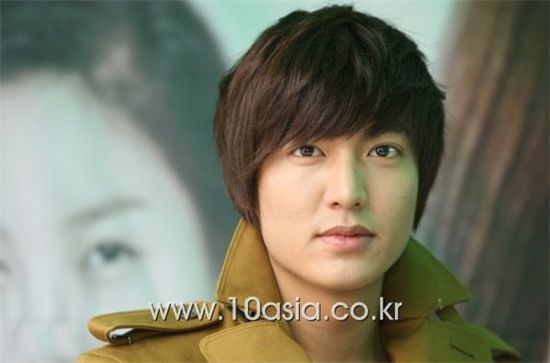 Korean actor Lee Min-ho has said that he knew it would be impossible for his current TV series "City Hunter" to be the same as the comic it is based on.

He made the remark at a press conference held on the set of SBS' new drama yesterday while responding to a reporter's remark on how the audience thinks the show is different from its original work, a famed comic by Japanese manga artist Tsukasa Hojo.

"After reading a few episodes of 'City Hunter,' I told myself that there won't be much character-wise that I'll be able to carry over from the original comic into my character in the drama," explained Lee, based on his experience with working on dramas based on comics including the highly popular "Boys Over Flowers."

"So I didn't try to differentiate them on purpose but I just tried to act out my character in the way I understood him as being and how I felt about him."

He then added, "The same goes for the plot as well. I think it became dramatized quite a bit because it has to be adapted into a drama so things such as their pain was added in." "That's why I feel that our production should be called 'City Hunter: The Beginnings' because you could say that all that happens now leads to what happens in the comic."

Making it the first time for the comic to be adapted into a TV series, the Korean drama portrays Lee Yoon-sung, played by Lee Min-ho, who vows to get revenge on his father's death by following through a plan which begins with him working at the Blue House after receiving his doctorate from MIT.

He then meets Kim Nana, played by actress Park Min-young, who is a judo athlete-turned-bodyguard at the presidential office protecting Choi Da-hye, taken on by Gu Hara, who is the youngest daughter of Korea's President.

The show, also starring actors Lee Jun-hyuk and Hwang Sun-hee, is a collaboration by famed producer Jin Hyuk of hit dramas "Brilliant Legacy" and "Princess Prosecutor" and scenarist Hwang Eun-kyung of "New Hit" and "The President."

The drama, just into its second episode now, has fared well so far bringing in viewership ratings in the nine to ten percent range on the Wednesday and Thursday primetime lineup while competing against MBC's "The Greatest Love," starring Cha Seung-won and Kong Hyo-jin, and KBS' "Romance Town" which stars Sung Yu-ri and Jung Kyu-woon.