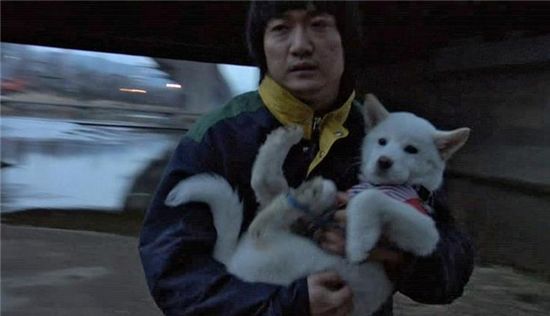 Scene from "The Journals of Musan" [Second Wind Film]

Korean film "The Journals of Musan" has scored a win at this year's Andrei Trakovsky Film Festival held in Russia.

According to the official website of the festival on Tuesday, "Musan," helmed and starring Park Jung-bum, won the award for best feature film under the international competition category, with British actor Ralph Fiennes as the main juror, at the 5th annual Andrei Trakovsky Film Festival held at Ivanovo of Northeast Moscow from May 23 to 29.

"The Journals of Musan" tells the difficulties a North Korean defector named Jeon Seung-chul faces while trying to adjust to South Korea's capitalist society. The film shows the discrimination that Jeon faces as he tries to find a decent job and make friends.

The movie has also scored trophies such as winning the Tiger Award during the 40th International Film Festival Rotterdam in February, the jury prize at the 13th Deauville Asian Film Festival in France in mid- March, the Krakow Film Award at the Off Plus Camera International Festival of Independent Cinema in mid-April and most recently, the award for best new narrative director at the 10th annual Tribeca Film Festival held at New York City of New York in late April and recently won the new directors award at the 54th San Francisco International Film Festival held early this month. It was also selected one of the top ten must-see movies by magazine Time Out New York early this year and premiered in Korea in mid-April.