“Smile Again” wraps up after commanding TV charts for 15 weeks 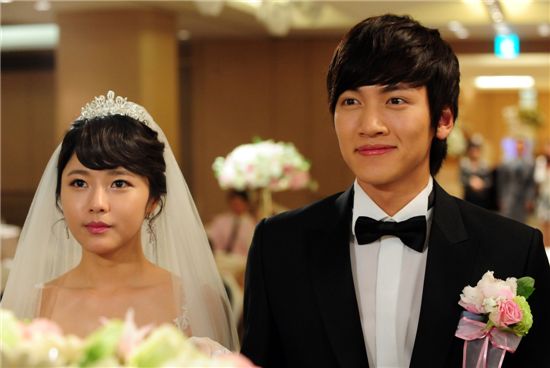 KBS daily drama “Smile Again” saw a successful end to its run after dominating TV charts for 15 consecutive weeks, according to the showings by two media research companies on Monday.

Starring Ji Chang-wook, Do Ji-won and Oh Ji-eun, "Smile Again" was about a young cook named Dong-hae who succeeded in finding new love and happiness despite all odds.

Placing at No. 2 on the chart was KBS weekend drama “My Love My Family” which collected average viewership ratings of 23.1 percent on TNmS survey and 23.6 percent on AGB’s report.

A family drama starring Lee Jae-ryeong, Park Joo-mi, Song Jae-ho and Sunwoo Yong-nyeo among others, stresses the importance of trust and patience between couples. Coming in at third place was the KBS 9 o’clock news which fell back a spot from last time after yielding an average viewership rating of 19.1 percent on TNmS’ chart.

AGB’s chart, on the other hand, placed MBC drama “Twinkle Twinkle,” on third with an average viewership rating of 20. 5 percent.

“Twinkle Twinkle” is another weekend drama starring Kim Hyun-joo and Lee Yu-ri that tells about the life of two girls coping with their new lives after belatedly finding out that they were mistakenly switched at birth.

Other show that were included in the top 10 list on both charts were "MBC Star Audition," Gag Concert," "Happy Sunday" and "New Gisaeng Story."