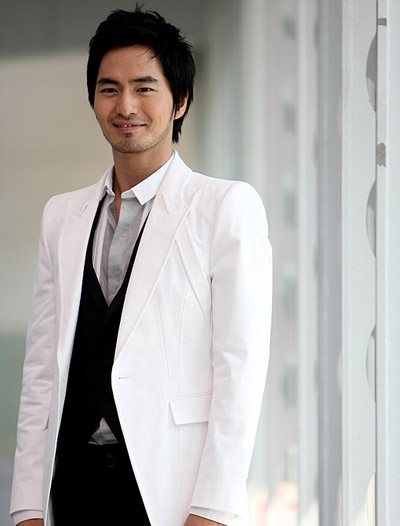 Actor Lee Jin-wook has joined the cast of an upcoming TV series starring top Korean actress Han Ye-seul, according to the show's producer on Monday.

Lee Kim Production stated through a press release that Lee has taken on a drama tentatively titled "Spy Myung-wol" where he will play a North Korean officer who helps North Korean female spy Han Myung-wol, played by actress Han, carry out her orders.

The show, about the spy falling in love with a popular Hallyu star, will be Lee's first acting role since being discharged from the military in March as well as Han's return to the small screen after a year and a half hiatus.

Helmed by Hwang In-hyuk whose works include "The Iron Empress" and "SungKyunKwan Scandal," "Spy Myung-wol" is set to show in the Monday and Tuesday primetime slot starting July 4 after current series "Babyfaced Beauty" ends its run on major broadcaster KBS.

Lee, 29, made his debut as a model for an advertisement in 2003, and expanded his career into acting through which he has starred in several TV series including "Someday (OCN, 2006)," "Air City (MBC, 2007)" and "City of Glass (SBS, 2008)." He had been dating top Korean actress Choi Ji-woo after meeting her through "Air City" from February 2009 onward but ended their releationship early this year.