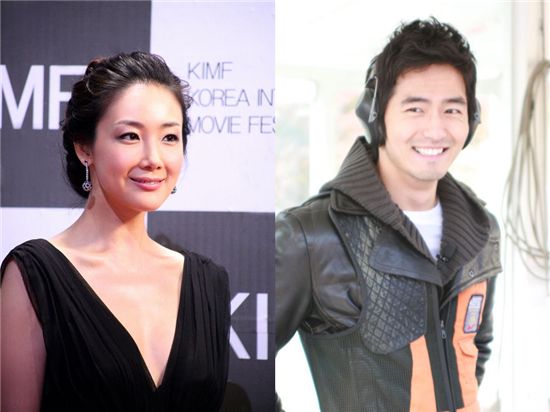 Top Korean actress Choi Ji-woo, 35, and her boyfriend actor Lee Jin-wook, 29, have broken up, ending their two-year relationship as one of the most envied couples in the entertainment business.

"We confirmed they split up after hearing of the news through media today," an official at Lee Jin-wook's agency HB Entertainment told 10Asia over the phone on Thursday.

Just a few hours ago, a local media outlet reported that the two split up early this year after feeling burdened by the excessive interest the public showed in them.

The official at HB however, said she does not know of when and why the two ended their relationship. "We didn't ask because we respect our actor's privacy."

Choi's agency C. was not available for comment. The public had raised eyebrows when Lee, discharged from the military in March of this year, did not mention Choi when asked who he has missed the most while fulfilling his two-year mandatory services required of all Korean men.

It is through "Air City" that he met Choi, famous in Asia for her role in TV series "Winter Sonata" with Hallyu star Bae Yong-joon, and the two started dating in February 2009.

Lee is currently reviewing scripts and Choi is likely to take on a role in an upcoming medical drama.