Jang Nara: Bringing out the middle-aged woman in me 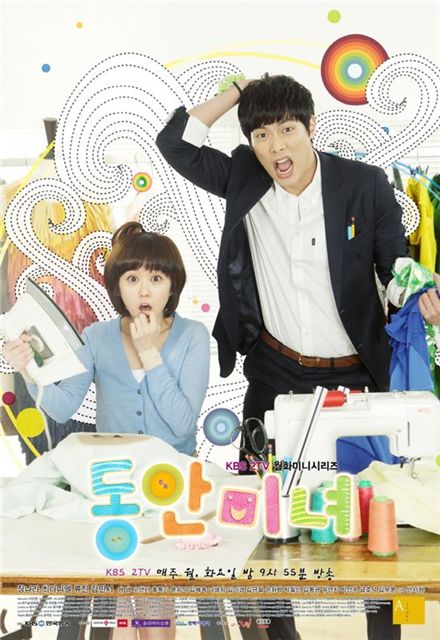 Hallyu star Jang Nara has said she is bringing out the middle-aged woman in herself for her first Korean drama role in six years.

She made the remark in Seoul on Wednesday at a press conference for the new Monday and Tuesday series "Baby Faced Beauty" (working title) while speaking about her role as a 34-year-old single woman who pretends to be nine years younger.

"I'm working really hard on bringing out the middle-aged qualities in me," a laughing Jang said after which her co-star Hong Rok-ki quipped in, "Her character may be someone who looks young on the outside when she is actually someone with tendencies of an older person."

"It's true that I'm trying to maximize on the middle-aged qualities which are inherent in me," Jang added. "The storyline and character may seem obvious...... but I feel that I'm getting along with my co-stars and that what we've done so far has turned out well."

In "Baby Faced Beauty," Jang plays the role of an aspiring fashion designer named Lee So-young who uses her younger sister's (played by actress Oh Yeon-seo) resume to get hired at a fashion company, while there she encounters twenty-something year old Choi Jin-wook (played by actor Choi Daniel) who works as a merchandiser there that later falls in love with her. However, Jang has yet to dress up to her character's dream job, describing So-young as someone who is "the most raggedy" of the show's cast.

"We shot about 30 percent of the drama so far and So-young has worn jeans the whole time......it probably has to do with her never having been in a relationship and having to look after her younger sister and family," the 30-year-old actress jokingly complained.

She then said, "I had heard about 'Beauty' even before I was handed its script but I chose to take on this production without any hesitation because I wanted to play a bright and cheerful character."

Jang made her debut in the entertainment industry as a singer in 2001, releasing a number of his albums and songs such as "Sweet Dream," "I am a Girl" and "April Story." She expanded her career into acting with roles in the popular sitcom "Non Stop 2" (MBC, 2001) and "Successful Story of a Bright Girl" (SBS, 2002).

The last series that she starred in Korea was KBS' "Wedding” in 2005 opposite actor Ryu Si-won and has since pursued her career into China, starring in a number of Chinese TV series.

"Baby Faced Beauty" is scheduled air in the Monday and Tuesday primetime slot starting May 2.