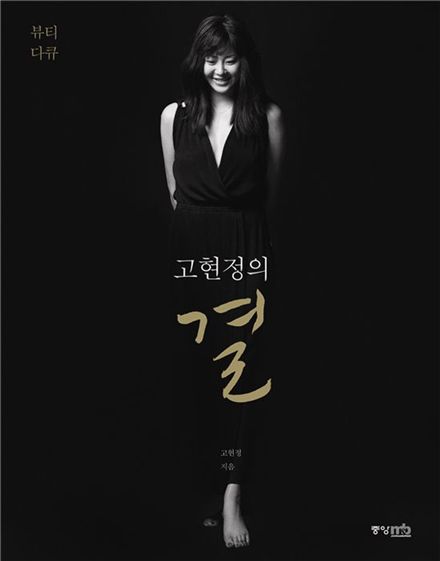 According to a press release by Pure today, actress Ko’s book titled “Ko Hyun-jung’s Texture,” (translated title) that contains secrets to her beauty, will go on sale starting tomorrow.

“There are too many women who depend on beauty tips based on popular belief and rumor. I decided to write a book that could encourage them to become confident enough to build up their own beauty know-hows,” Ko was quoted as saying in how she was motivated to publish a book on beauty care.

The book, in the format of a documentary, is co-written by another writer who observed the everyday life of the actress for the past six months.

Ko, for her part, wrote episodes regarding her time with her co-writer, her own philosophy on beauty classified under six themes -- texture, color, light, line, formality and scent -- as well as her idea on leading a sound and healthy lifestyle in general. A publishing ceremony and autograph session for the book will take place on Friday, shortly after the book's release in book stores online and offline throughout the country.

The Times Square building in Yeongdeungpo of Seoul in particular will exhibit a room which will allow women to experience Ko’s beauty tips as well as sample the products she uses, during the weekend of April 29 to May 1.

Ko, who started out in the entertainment industry as a former Miss Korea runner-up in 1989, rose to stardom after starring in 1995 smash hit TV series "Hourglass."

She became one of the most sought-after actresses thereafter but had put the breaks on her acting career till 2005 while she was married to Samsung Group Chairman Lee Kun-hee's nephew Chung Yong-jin. The two split in 2003.

Ko regained her reputation as Korea's top actress in 2009 after playing a royal concubine in MBC historical TV series "Queen Seondeok" which reached ratings of over 40 percent and won her the highest award at the MBC's Drama Awards.

The following year she repeated the feat by winning the top prize at the 2010 SBS Drama Awards, after starring as a female president in the drama “The President.”