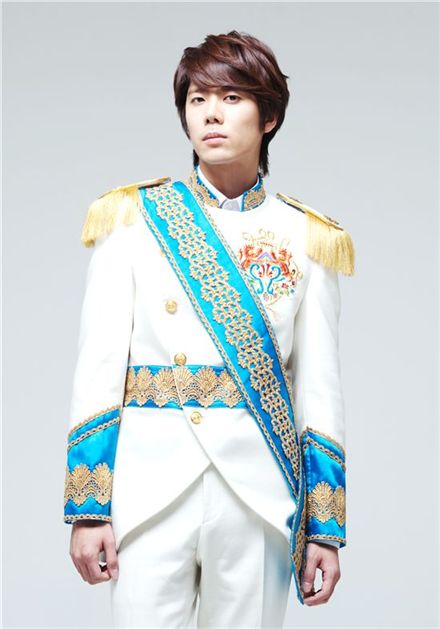 Photographs of SS501 member Kim Kyu-jong dressed up for his first musical act has been unveiled by its musical producer Group 8.

According to a press release by Group 8 on Friday, Kim, who was recently cast as the male lead for “Goong,” posed for promotional pictures of the upcoming musical at a studio in Seoul on Wednesday.

Some dozen media outlets from Japan including Sankei Shimbun and Hallyupia covered the shoot since the musical is set to go overseas for the first time and show in Kyoto, Japan, from June 11 to July 1.

When asked how he feels about his role as a crown prince in a constitutional monarchy, Kim answered that he is receiving advice from TVXQ’s U-Know Yunho who played that role last year.

“It not easy trying to fill the shoes of other actors who have played the role of the prince," Kim was quoted as saying in the statement. “Right now, I know I still look a bit awkward donned in the garment of crown prince, I promise to show you my own unique version of Prince Lee Shin,” he promised. The show's venture to Japan was realized through invitation from top Japanese entertainment companies Shochiku (松竹), famous for traditional kabuki performances and talent agency IMX.

"Goong," about an ordinary girl named Shin Chae-kyung who suddenly finds herself engaged to the crown prince of Korea in an alternate universe where the country stands as nation of constitutional monarchy, is originally from a popular comic book series by Park So-hee that was also re-adapted into TV series “Princess Hours” starring Yoon Eun-hye and Joo Ji-hoon in 2006.

The musical version was first staged in September last year at the National Museum of Korea by Group 8 famous for production of TV dramas such as the mega-hit series “Boys Over Flowers” (KBS, 2009). 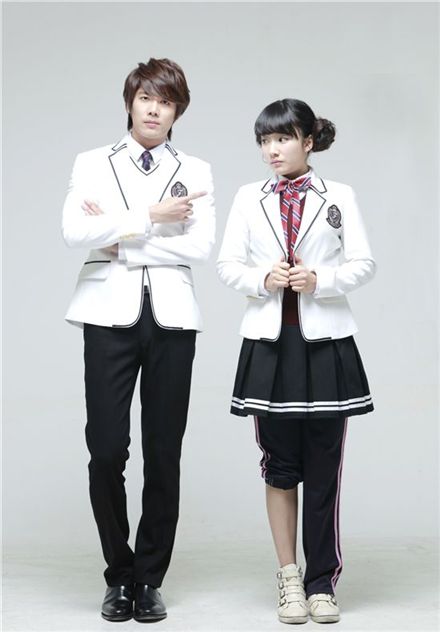 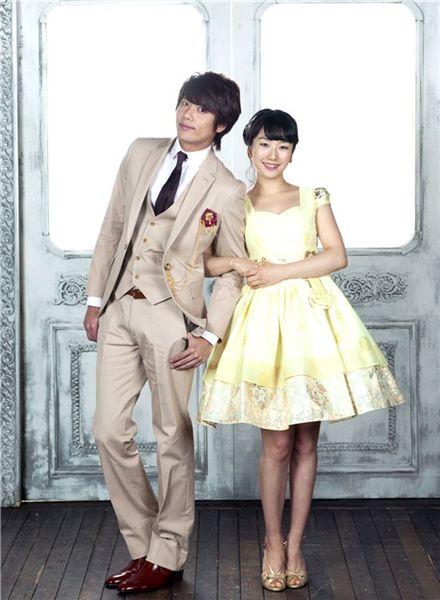