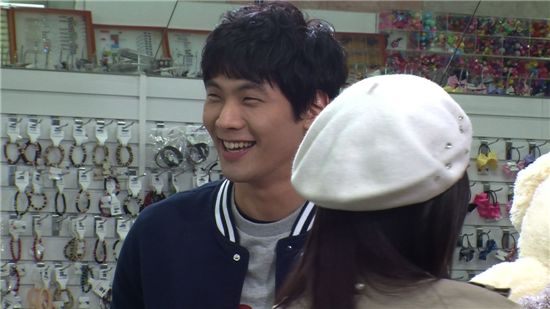 Korean actor Choi Daniel has taken part in the first shoot for an upcoming MBC drama, according to the show's EM.COM on Friday.

EM.COM announced in a press release that Choi, who plays the role of Choi Jin-wook working as a merchandiser for a fashion company in the new series titled "Baby Faced Beauty," filmed his first scene with co-star actress Kim Min-seo in Seoul on March 23.

“Choi, Kim and the other actors showed professionalism and great acting skills while shooting on the busy streets of Seoul,” an official from the show was quoted as saying. “If things continue to go they way they are right now, we expect the series to be a hit.”

"Baby Faced Beauty," helmed by directors Lee Jin-seo and Lee So-yeon, tells of 34-year-old Lee So-young (played by Jang) who lies about her age and begins working at a textile company and meets Choi Jin-wook (played by Choi) who later falls in love with her.

The drama is set to hit airwaves every Monday and Tuesday nights starting May 2 after current series "Detectives in Trouble" ends its run. Choi Daniel made his debut in 2005 with a role in KBS' TV series "Golden Apple" and has since appeared in "World's Within (KBS, 2008)" and "Good Job, Good Job (MBC, 2009)."