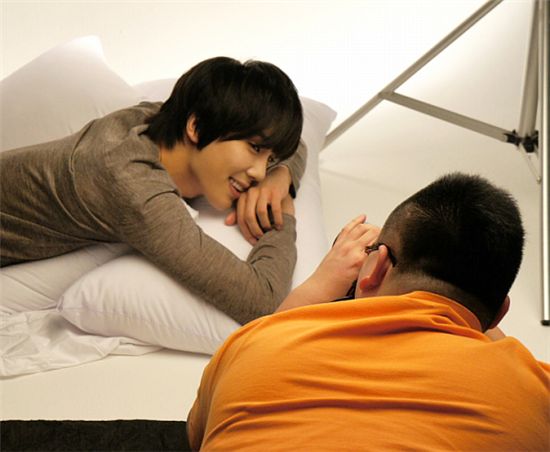 Through a press release, CNR informed that Park, who made his solo debut with single album “Not Alone” in late January this year, will introduce another album in early April.

Park is currently shooting photographs for his new album jacket with photographer Han Dong-won who also worked with other Korean popular singers including Wheesung and Kim Jong-kook, added CNR.

Park made his debut as one of the members of popular boy band SS501 in 2005 and has appeared in various television shows as well as starring in the musical "Grease."

He signed with CNR Media after his group's contract with DSP Media expired in June of last year and has since pursued a solo singing career, releasing his first solo single “Not Alone” on January 20 and seeing its title track of the same name, ranked on top slots of several local music charts. The album which also went on sale in Taiwan a week after Korea, topped the country's Five Music weekly album chart and online trailer website (http://www.books.com.tw/) at the time, while placing within the top five slots of various other music charts in the country.