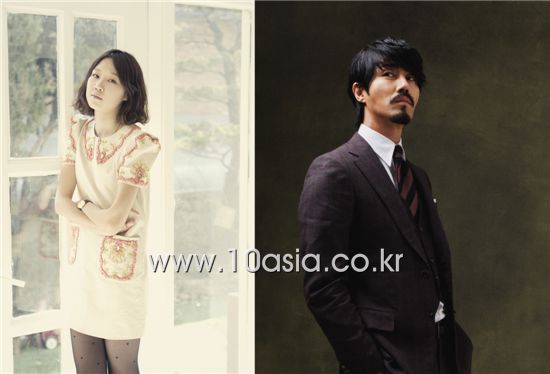 Korean actress Kong Hyo-jin will return to the small screen after a one year hiatus, starring in an upcoming MBC TV series.

On Wednesday, her agency N.O.A Entertainment announced in a press release that Kong has been cast as the female lead in the new Wednesday and Thursday night drama whose translated title is "The Greatest Love" opposite actor Cha Seung-won. "The Greatest Love," written by the famed scenarist sisters Hong Jung-eun and Hong Mi-ran of hit dramas "He is Beautiful" (SBS, 2009) and "My Girlfriend is Gumiho" (SBS, 2010), tells the story of a has-been female singer named Goo Ae-jung (played by Kong) who falls in love with top actor Dok Go-jin (played by Cha).

The show, which also stars Yoo In-na and Yoon Kye-sang, is scheduled to air starting May after current series "Royal Family" finishes its run.

Kong made her debut in the 1999 horror pic "Memento Mori" and has since appeared in numerous television dramas and films. Some of her most notable works include dramas "Ruler of Your Own World" (MBC, 2002), "Sang Doo! Let's Go To School" (KBS, 2003) and film "Conduct Zero," co-starring her real-life actor boyfriend Ryoo Seung-bum. Her latest work was starring in the TV series "Pasta" alongside actor Lee Sun-kyun.

Cha led a successful career as a model until his role in the 1997 SBS' sitcom "New York Story." He made his film debut the same year in "Holiday in Seoul" but rose to stardom after starring in the Korean comedy "Kick the Moon" opposite actress Kim Hye-soo and Lee Jong-su.