인쇄하기 스크랩 RSS
폰트축소 폰트확대
10: When you first started filming "Dream High," you said you think you'd be able to "mature as Sam-dong does." Do you think that happened?
Kim Soo-hyun: There were many times I thought that I at least want to gain the qualities my character Sam-dong has. Sam-dong is simple-hearted, genuine and at the same time, it felt that he knows how to look at the big picture. In his love triangle involving Hye-mi (Suzy) and Jin-gook (played by Taecyeon), Jin-gook was always the one who would her, "This is what you should do. Cry when you're sad. That's what you're supposed to do." But Sam-dong was the type that would tell her, "Okay, you can do what you want to do." I felt that he was manly for being able to take a step back in dealing with situations and I think those are qualities that I have come to acquire to a certain extent. 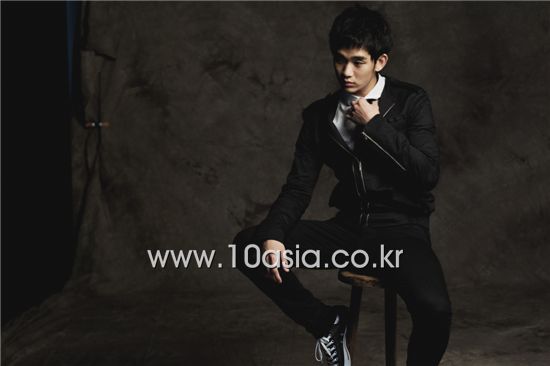 10: You appeared in "Jungle Fish" and MBC's "Kimchi Cheese Smile" but I think it's with "Will it Snow for Christmas?" that you started receiving a lot of attention. It seems that both your acting and presence have become very strong so I'm curious to know what happened between those times?
Kim: Before, I had wanted to look perfect. So every word and line I spoke was in a theatrical tone and stereotypical. I myself could tell my acting was so fake. That's why starting with "Will it Snow for Christmas?" I decided that I shouldn't be afraid of showing the not-so-perfect side to me. People's hearts tend to warm more for the sloppy than perfect characters and the ones that get hurt than the ones that win so I told myself that I'd receive more support by people if I showed a more natural side to me. That's why there was something naive and slow-witted about Kang-jin but I think that's what moved people's hearts. I received more compliment for that role as well. 10: Do you get influenced a lot by people's support and love?
Kim: I'm moving on my own pace but I guess people's love and support is something that drives me forward a bit further? Maybe to that extent.

10: So you're saying mind control is what's important but it seems like it's hard for you to feel satisfied with your own acting. Do you have high levels of expectations for yourself?
Kim: I think it's a bit different from having a high level of expectation. It's just that I think giving myself sticks instead of carrots is what's right. When I first started acting, an older friend of mine told me, "It's important that an actor feels self-satisfaction from his acting but it shouldn't become self-justification. That level of satisfaction you feel must be at a level that everyone can be satisfied with." But I can't tell the difference between self-satisfaction and self-justification yet. That's why I don't compliment myself at all.

10: Then when do you think you’ll be able to compliment yourself?
Kim: About 30 years later? (laugh) When my hair has turned grey maybe I’ll say, [starts imitating voice of old man] “I think I’m finally getting the hand of it. I’m happy.” (laugh) Then I think I’d be able to live happily when I’m old. 10: But you need some sort of energy to keep acting. What is it that keeps you going put aside self satisfaction?
Kim: It’s just about how I feel when I’m acting and how I feel when I’m done. And it’s more of something that my body feels, rather than it being psychological. Sort of a catharsis, simply put, or in other words… Hm, am I allowed to say this? Mmm… having good bowel movement? (laugh) That’s what it feels like. 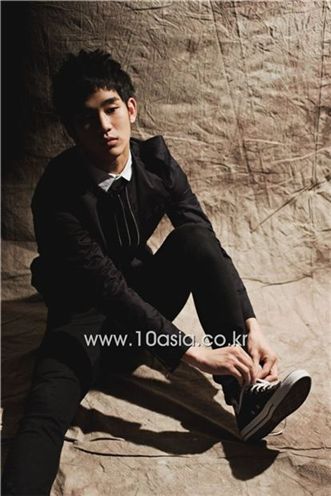 썝蹂몃낫湲 븘씠肄
10: You’ve said before that you go through a lot of emotional ups and downs. And it may be good for expressing emotions such as crying or laughing for when you’re acting but doesn’t it take an extreme toll on you psychologically once you lose your ground?
Kim: That’s why I’m also lonely. But I think having ups and downs is good for both my acting and daily life. I once heard, ‘You don’t create emotions, you recollect on them.’ They say it’s easy to use an emotion if you bear certain situations in mind in detail. That’s why I try to remember situations as if I’ve taken photographs of them. There are times when I tear when I’m alone because I can’t bear the feeling of being depressed but over time, the reason I’m crying no longer becomes important. I try to remember what I look like when I’m crying such as how I move and where I touch as I cry. And you need to have good observation skills to do this so I practice it a lot too. For example, I’ll play games like opening a drawer for ten seconds, look at it, and try to remember what was in it after closing it. There are times when I’ll forget right away but it’s a lot of fun playing it with my friends.

10: I think that’s why but the scene where you cried alone amidst a large crowd was impressive. How do you control your mind in situations like that where it’s hard to concentrate?
Kim: I wanted to change the look my eyes give off so starting around 2009, I’ve been practicing looking at people as if they’re objects. And doing that makes it seem like you’re looking at a wider area slightly behind that person instead of a single point. Should I say it sort of feels like my focus expands? So I don’t know if it’s because of that but when I try to focus on my acting, it’s as if I close myself off from what’s going on around me… Oh, no! That doesn’t make sense! I had a really hard time with that scene. (laugh) Everyone was taking photos here and there!

10: It’s as you have two egos constantly fighting each other. (laugh) But what you show the public is the actor who has done a good job of overcoming all the difficulties.
Kim: I’m glad. But I’m sure that means I’ll show you the collapsed me one day. (laugh)

10: Nevertheless, your popularity has been on a constant rise for the past two years and are being named as one of the most promising stars amongst actors your age. I’m sure it’s something you’ve wanted to happen but are there things you’re having a hard time with
Kim: It actually hasn’t sunken in 100 percent. I know for sure that a far larger number of people recognize me and I get a lot of calls at our agency. (laugh) But I haven’t had a hard time with anything in particular yet. A few days ago, I even rode the subway and nothing happened. I’ve gained the ability to blend in with the background so I became the door of the subway. (laugh) The only thing I’m scared or concerned about is that I have to take more responsibility for my actions now.

10: Like what for example?
Kim: Well I smoke but the fact that I end up smoking less when I’m out? (laugh) 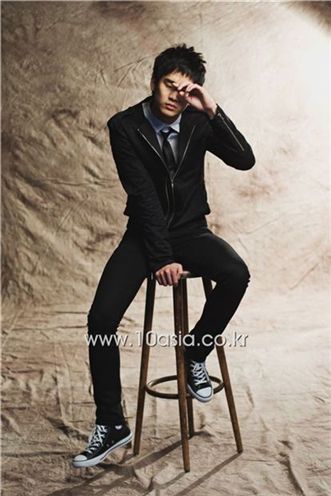 썝蹂몃낫湲 븘씠肄
10: I’m sure people have larger expectations for your activities as an actor as well. What would you do if a conflict arises between what people want to see from you versus what you want to do?
Kim: I think what I want to do will come first. Is that a bit selfish? But if what the public wants is to see how amazing I am and what I want to do is play the role of a swindler, then I’d do an amazing job of playing a swindler. I think giving up on what I want to do and doing what will make me look better because of people’s expectations will rather disappoint them.

10: You said you want to play characters that have low ethical standards such as a swindler, a womanizer or thief. Why is this?
Kim: You can succeed at playing such characters only by being an extremely attractive actor. You need to be attractive to cheat or commit fraud. That means it’s very important to show an extreme amount of appeal within your work. In a way, it may be like an adventure but I think there’ll be a pleasure I’ll get from pulling off the role successfully.

10: In a previous interview, you sent you’re “quite the ambitious man.” What would you consider as being ambitious?
Kim: So far, I think I’ve been and still am, greedy about what I want to do compared to what I actually can do. There are a lot of things I want to do and have. Wanting to act for the rest of my life is sort of an ambition as well. I don’t know where I get the nerve to, but me saying that I’ll gain on the right life experiences every ten years and stand in front of people as Kim Soo-hyun who acts with sincerity, is ambitious as well. I think ambition plays a big role in my acting career.

10: I think ambition is something that everyone has inside them but don’t usually show on the outside because they’re scared of being regarded as materialistic? Aren’t you afraid of this?
Kim: Oh, I’ve just started to worry. (laugh) But in the end, isnt’ what I show through my work what matters? That’s why I like acting. What I’m actually scared of isn’t the acting but revealing the real me. To a lot of people I’m not Kim Soo-hyun but Song Sam-dong and Sam-dong doesn’t smoke. (laugh) I don’t even go on variety shows because I’m afraid of disrupting that image. Maybe I’ll find the courage to when I grow older.

10: If you’re planning on accumulating on life experiences that’ll suit every ten years of your life, how is it that you want to spend the rest of your twenties that you have more than a half of remaining?
Kim: Oh, I have a masterplan. I think I really need to work on self-development while I’m in my twenties, both inside and out. Right now I’m… a bit small, have bad skin and I talk like a kid. (laugh) I think I’m still dreaming. I need to get rid of these things about me.

10: Then what do you picture yourself as being like when you’re in your thirties?
Kim: A guy who is very masculine, even if all he is doing is sitting down quietly. And I think I’ll become very corrupt. That's when I’ll really start showing people something!