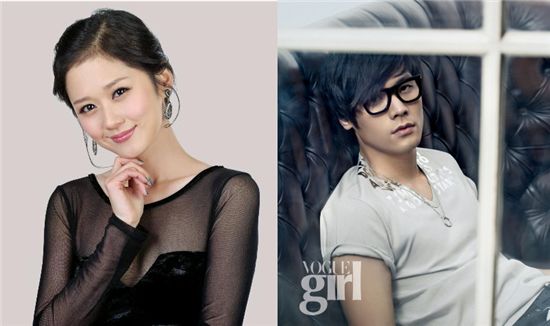 Hallyu star Jang Nara and actor Choi Daniel have been cast as the leads in an upcoming KBS mini-series, according to the show's promoter EM.COM on Tuesday.

EM.COM announced in a press release that Jang, who will be returning to the local small screen after six years, and Choi have been chosen to play the main characters in the new Monday and Tuesday series tentatively titled "Baby Faced Beauty" which will go on air starting May 2.

Jang will take on the role of Lee So-young who dreams of becoming a designer but instead works at a textile company due to family issues, while Choi will play Choi Jin-wook, the son of a food service conglomerate that moves out and begins working in fashion and falls in love with Lee.

Jang made her debut in the entertainment industry as a singer, releasing her first album "The First Story" in 2001. The album spawned several hit songs including "Burying My Face In Tears" and "April Story," selling over 250,000 copies.

She then became a household name with the success of her second album "Sweet Dream" (2002) which sold over 400,000 copies. Jang also made an impressive crossover into acting, starring in several hit dramas and films including the popular sitcom "Non Stop 2" (MBC, 2001) and "Successful Story of a Bright Girl" (SBS, 2002).