“The Duo” emerges the new winner on TV charts 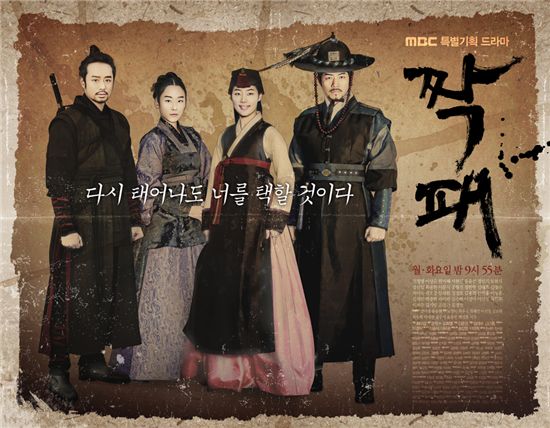 MBC historical series “The Duo” has risen as the new champion on the Mondays and Tuesday’s primetime slot, according to the findings by the two media research companies on Wednesday.

This week’s story made a time leap of 10 years to show how the teenagers settled as adults -- Dong-nyeo (played by Han) became the mistress of a private army to protect merchants, Chun-dung (Chun) a leader of the pack that assists Dong-nyeo, Gwi-dong (Lee) a government official who investigates crime and Dal (Seo Hyun-jin) a skillful shoe-maker.

The latest episodes showed intensified conflict between the siblings of the conglomerate Yoo family after illegitimate daughter Yoo In-hye (Kim) is named the ad hoc heir to the family fortune with the help of the family's lawyer Do-hyun (Jang). Meanwhile, new KBS drama “Detectives in Trouble” which kicked off this week came in last, reporting an average viewership rating of 6.5 percent on TNmS' survey and 7.95 percent on AGB’s chart.