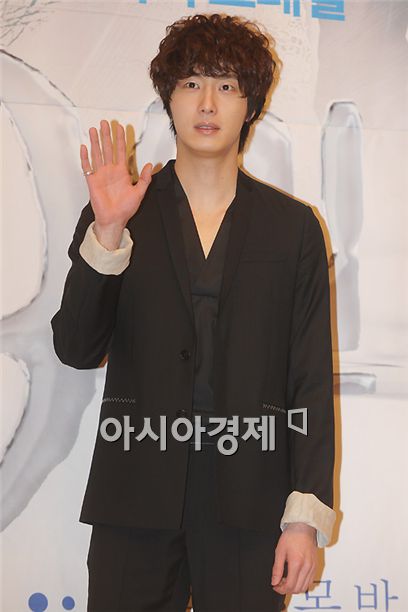 Korean actor Jung Il-woo has said he watched films "Meet Joe Black" and "Constantine" to prepare for his role in a new SBS TV series.

Jung made the remark at a press conference for upcoming drama "49 Days" held in Seoul, South Korea on Tuesday in response to a reporter asking which characters he referred to for his role.

"I referred to Brad Pitt's character in 'Meet Joe Black' and also the movie 'Constantine' because my role and acting would be different from that of other actors in '49 Days.' However, they [Brad Pitt and Keanu Reeve's characters] didn't act like the regular Grim Reapers."

He went onto say, “So, I didn't think too much about it and just acted out my character like he was someone my age. I am always working hard since my character can seem both cold-hearted and tough."

In "49 Days," Jung plays the role of the Scheduler who is the modern day angel of death. He comes to take the souls of people that are ready to move onto the other side when he meets Shin Ji-hyun (played by Nam Gyu-ri) who is in a coma after getting into a car accident. Jung's character tells Shin that she needs to get the tear drops of three people that genuinely love her in order to return back into her body, while using the body of Song E-kyung (played by Lee Yo-won).