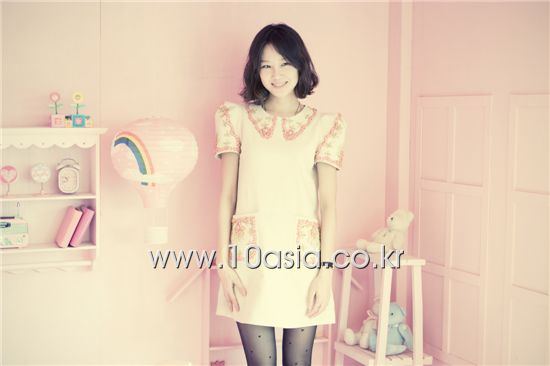 10: But just like we need new recycling techniques to be invented to protect the environment, these issues aren’t things that can’t be resolved through a single person’s efforts.
Kong: I actually did start thinking that in the end, it’s up to the government to solve environmental problems. For example, with recycling, they need to start by fixing the law on how they only fine people who throw away trash so that it can’t be recycled. I want to handle these issues in more detail in my next book. But for now, I felt that it’s important that I at least bring slight changes to the lifestyle of my readers. And that’s why I came to write about spending. The most people who will read this book are people in their twenties who will be spending the most because they have just started to make money. A lot of people relieve their stress by spending money on Internet shopping malls and I felt that the reason we make money may be to spend, and that we live to buy the things we want.

10: So you ended up going from environmental issues to consumption, then to living. (laugh)
Kong: In a book called “No Impact Man,” there is a part that says your daily wage would be higher if you work during the time you spend two to three hours cooking for yourself at home. But you’ll buy food since you can’t make it which means you’ll make more to spend more and create more trash. At first I thought, ‘What’s he talking about?’ (laugh) but I ended up relating to it quite a bit. If you work for longer, you’re more likely to take a cab instead of walking or taking the bus and you’ll spend more money to make up for how tired you are physically. It’s just a vicious cycle. So I started having very complex thoughts while writing the book but it’s a difficult issue for me and my readers so I want to handle it in my next book. 10: So you’re going to write another version?
Kong: I left out a few things in this book on purpose because I wanted to save them for book 2. In a way, I’m also worried that it’ll be less popular than the first book. (laugh) It’ll be more complicating and the more I go into detail, the more depressing it’ll be because there isn’t quite an answer to the issues I’ll be talking about. Readers may think, ‘So what does she want us to do? There’s nothing I can do about it.’ But I guess I can’t help it. That’s why environmental issues in particular are about convincing others. I’m going to have to make them take interest, as if trying to seduce them (laugh), ‘This is what is good’ or ‘That’s what is cool.’

10: In that sense, I think you did well in dealing with environmental issues by talking about your own experiences because I felt very strongly about not using shampoo when taking a shower after reading your book. (laugh)
Kong: I think nagging people actually helps. (laugh) Even my friends who had used to say they couldn’t be bothered have started telling me they’ve changed their ways because of me. I believe that everyone subconsciously regard themselves as kind people and want to be good people. When I do interviews like this, people may think, ‘She’s probably talking about it to sell more of her books’ (laugh) but I believe that it’s important that someone keeps saying these things. It may stimulate people to restart things they had been hesitant about doing. Having the thought that one person can make a difference will help both yourself and the world. 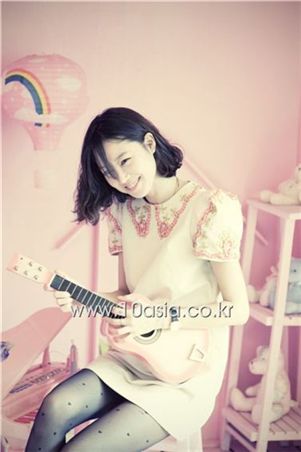 썝蹂몃낫湲 븘씠肄
10: Don't such thoughts end up changing how you live life? There was a part where you wrote about how you exchange books and clothes with friends but you have to know how to not compare the value for such things to do that.
Kong: Well I think I took an interest to the environment because of my personality. I'm very timid and am always trying to figure out what the other person is thinking. (laugh) I'm always trying to think of how the other person feels and constantly think of things like, 'Maybe she's hungry now?' or 'She said she had another appointment to go to' when I'm with my friends. That's why I'm in complete agony when I have birthday parties (laugh) because I'm always wondering how everyone is doing. I think that's why I have those thoughts for my plants and dog... I observe them to see whether the plants need more sunlight or the dog needs to go out for a walk. 10: When you think of the environment, don't you start realizing that everybody on this planet is just as precious as I am and that I'm not someone who is special in particular nor can I use whatever I like however I please. But actors are people who are at the center of what goes on on set and they sometimes have to assert their opinions. So don't the two conflict?
Kong: That's true. There are times when an actor will look a bit pathetic if he or she isn't assertive about certain things on set. (laugh) In a way, acting brash sometimes looks cool and it'll make people think, 'What makes him so fearless? I guess he's just that great of an actor.' And that's actually the type of actor I was striving to be. (laugh) I'd ask for a cup of coffee with gusto, then not finish it. (laugh) But I realized I'm not that sort of person. I tried to look like I'm confident when I'm acting, no matter what, but I suddenly started thinking that it's very mean of me. I have a job which places me in the spotlight so people think I'll be a spender but I actually take a shower in ten minutes and use the same towel several times so I started wondering why I hadn't shown that side to me.

10: I guess there was a big gap between who you really are and who you want to be.
Kong: I actually wanted people to see me as a wilder person up till my early twenties. You know, there are always kids like that in school. Those who think the No. 1 delinquent in school is cooler than the class president. And that it's cool to spit, chew gum and kick what you could just use your hands to push. (laugh) There was a time I wanted to be like that. Of course, that's no longer the case (laugh) although there are times I want to seem more brash. And over time, I've come to think that thinking of the environment and becoming a meticulous person is much cooler. I also think there will come a time when the fact that my serious attitude toward other things and people will be received well by others as well.

10: Do you think having such an attitude influences your acting as well? It looks like you act your roles with more precision in your more recent projects, particularly in "Pasta" alongside actor Lee Sun-kyun. It seemed like you were paying more attention to how you guys work with your scene partner or the overall space of the kitchen rather than trying to make yourselves stand out.
Kong: Once you start taking an interest in these sort of issues, it becomes difficult to play characters that spend recklessly. I may decide that it won't fit me to play the daughter of a rich family. Of course, I'll probably take it if the project is a good one (laugh). I also think an actor's job involves getting many people to like me. You'll meet from 50 to up to 100 people on the crew per project, then go your own ways but meet again later. And of those people, there will be people you meet for the first time but you can only work well with them by talking to them, getting them to like you and exchanging each others feelings. I think that's how I came to pay attention to relationships on set or how I work with the project in general so that may be my strength when it comes to acting.

10: It seems that you think a lot about your relationships with others and people's perception of you.
Kong: Since young, I've been the type that tries to get along with my friends. (laugh) Someone who is good at noticing how others feel and knows what's going on. I've been the type that has always made the effort to maintain good relationships with people rather than lead others or be in the center of attention.

10: I think that's why you've played a lot of roles that involve taking care and looking after others. Even in "Pasta," Lee Sun-kyun's character Hyun-wook started depending a lot on your character Yoo-kyung.
Kong: It just turned out that way. (laugh) I came to realize one day that I was controlling chef (Hyun-wook). (laugh) I was watching one of the episodes on television one day with the crew and they kept saying that Yoo-kyung is so sly. (laugh) I know I'm the one who did the acting but Yoo-kyung truly did look sly in how she controlled Hyun-wook with her expressions.