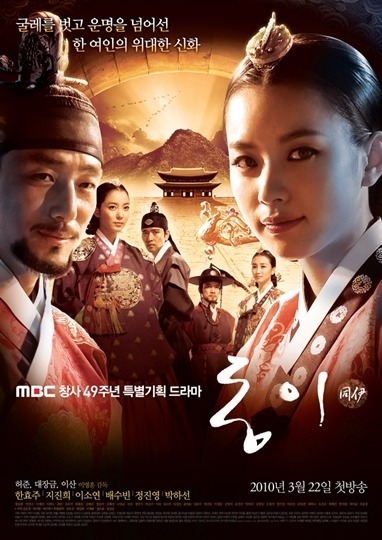 Korean historical drama "Dong Yi - Jewel in the Crown" has been recognized as the most popular drama in Hong Kong by one of its major television service providers.

A press release from BH Entertainment announced on Monday that "Dong Yi," which stars Korean actress Han Hyo-joo and Bae So-bin, was selected as the most popular drama at Hong Kong's i-Cable 2010 best drama awards. An executive at i-Cable and an announcer of i-Cable's news channel CEN will fly into Korea today to hand the award to Han and Bae.

The historical drama is about a woman named Dong Yi who grows up to become Choi Suk-bin, a consort of King Sukjong and the mother of King Youngjo during the Joseon Dynasty. The show had dominated Korea's TV ratings charts for Monday and Tuesday evenings, taking the No. 1 spot during its time slot for several weeks.

The 60-part series has also been sold to ten countries including Hong Kong, Indonesia, Japan, the Philippines, Taiwan, Thailand and Vietnam.