썝蹂몃낫湲 븘씠肄
Actors Joo Jin-mo and Lee Da-hae have been cast as the leads in a new historical film, according to the film's distributor Trophy Entertainment on Thursday.

A press release by Trophy announced that Joo and Lee will star in the upcoming new movie tentatively titled “Coffee,” based on a novel “Russian Coffee” by Kim Tak-hwan, about Korea’s first barista woman who served the king in late 19th century in Korea. Joo will play the role of a brilliant swindler who is also a double spy from Russia, while Lee will take on the role of the barista.

"Coffee," to be helmed by director Chang Yoon-hyun, is based on the story about Imperial Japan sending spies to the Korean Peninsula to assassinate King Gojong (1852-1919) before he declared the independence of the country.

King Gojong was known as the first to drink western coffee in the country which was provided by the Russian Embassy. He later built an additional guest house within the palace grounds to enjoy the drink and invite foreign diplomats. The movie also stars actor Park Hee-soon and actress Yoo Sun, will be filmed in Russia and Japan and set to open in local theaters during the summer of 2011.

Born Park Jin-tae, Joo has starred in numbers of films and dramas since his debut in 1996, most notably movies "200 Pound Beauty" opposite actress Kim Ah-joong and "A Frozen Flower" alongside actor Zo In-sung for which he won the award for best male actor at the Baeksang Arts Awards last year.

Lee made her debut in 2001 and starred in various dramas such as "Lotus Flower Fairy" and rose to stardom in Korea and throughout Asia with "My Girl." She also played the lead female alongside Korean actors Jang Hyuk and Oh Ji-ho in the hit KBS historical drama "The Slave Hunters." 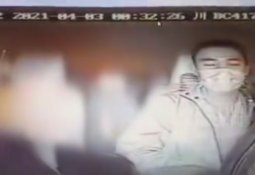