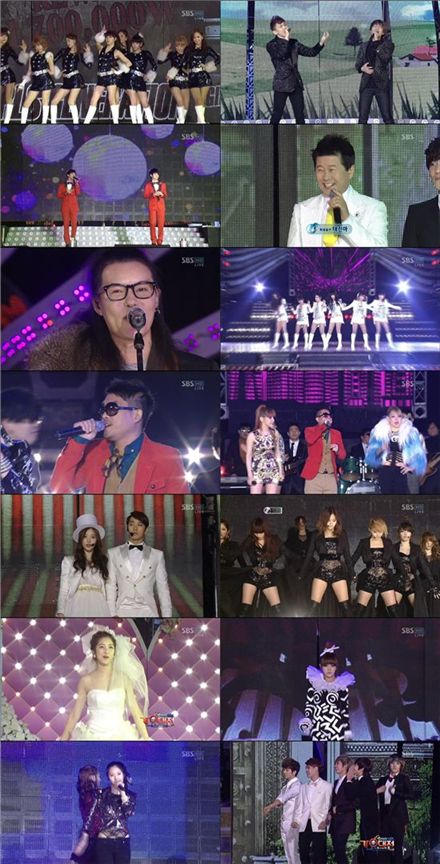 Korean idols and veteran singers have come together to share the stage during SBS' "Gayo Daejun," performing some of the biggest songs from the past and the hits from this year.

The show continued on with powerful dance numbers by idol groups Teen Top, ZE:A, miss A and Sistar with joint performances by rocker Kim Jong-seo and boy band FTIsland, veteran singer Kim Gun-mo and girl group 2NE1, who took the stage for a medley of past hit songs.