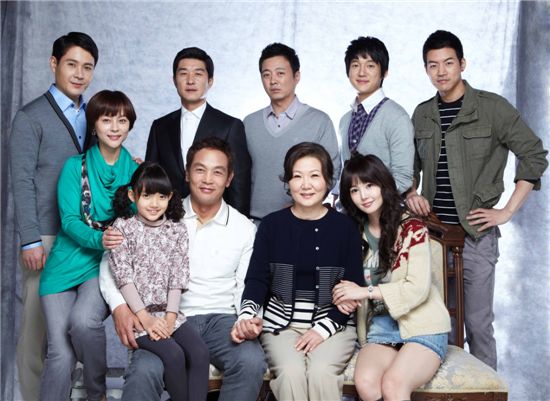 Family photo of cast of "Life is Beautiful" [SBS]

SBS' weekend TV series "Life is Beautiful" will air in February next year in Japan.

An official from SBS Global Marketing Team told 10Asia over the phone that "Life is Beautiful," produced by scenarist Kim Soo-hyun, is scheduled to air on Japan's cable channel KNTV under the new title "Beautiful Life," starting February 24 on the Wednesday and Thursday primetime slot. "Life is Beautiful," which aired for eight months since March 20 in Korea, is a family drama based on the story of multiple generations living together in Jeju Island and stars actors Kim Young-chul, Kim Hae-sook, Song Chang-eui, Lee Sang-yoon and Nam Kyu-lee.

The 63-part series also was the first Korean show to portray homosexual romance in the primetime slot of a public network and scored viewership ratings in the mid-twenty percent range during its run.