My name is Jung Eun-chae.
I was born on November 24, 1986. Oh, come to think of it, it's almost my birthday. I didn't know that time was going by because I've been doing two years worth of work during the past two months.
I studied abroad in London when I was 15 years old. My whole family lived there for two years when I was about four or five years old. My father was there because of his job and at the time both my parents really liked the country and decided that they would send their child to study there when they get older.
My older brother attended college in London. He majored in media studies and also worked at the Korean production company Chorokbaem Media. He really likes movies and thanks to him, I began to enjoy movies and plays.
I once broke my curfew rule while I was living in the dormitory. The rules in the dorm were really strict since it was managed by nuns and there was a chance of getting expelled if you got too many warnings. I called my friend while I was out one weekend to stuff my bed with pillows as if someone was lying in bed since I wasn't back in time for the curfew. The school was going over fire drills right when I was climbing the wall. Everyone was running out because of the sound of the alarm and I was so close to getting caught.
I don't like mathematics but I chose art and mathematics as my electives. I'm usually really weak in this area but I received okay marks. It's weird because Asians are always the best at math. Exams in London are a lot easier than in Korea because we are given the equations and calculators.
I majored in textile design in college. Our job is to design the fabric that is used for clothes and couches. What we do is we move the paper with the designed pattern onto the fabric but the method differs depending on the quality of the material. We also did print work and wove fabric onto a loom. I probably would have taken it on as a job if I wasn't acting. I am currently on a break from school.
My hometown is Busan and I still use my regional dialect when I talk to my family. And my regional dialect comes out automatically when I am asked a question suddenly or I'm mad.
I live in Seoul with my brother. My living expenses...I cover them by washing the dishes and doing the laundry instead. Fortunately, I will get to live with my brother for a while longer because he doesn't plan to get married anytime soon. My brother is pretty old so I think he'll have quite a hard time. (laugh) And it's not like he can tell me to leave anymore because I'm making money now.
The director suggested that my character Young-sook in the movie "Haunters" pronounce her English in an over-the-top way. The script also said I should roll my tongue while I speak in English but I rolled my tongue a lot more while playing Young-sook than when I use English in London. It's because Young-sook is someone who wants to become a sophisticated Rachel rather than being tacky.
I honestly don't like hero movies that much. It would have been hard to film "Haunters" if there were flying or fighting scenes constantly. However, the dramatic element in our movie was strong. I liked the family love that existed at Utopia pawnshop with actors Byun Hee-bong and Ko Soo. The way they treated their international friends was refreshing as well.
I really want to watch the musical version of "Billy Elliot." I watched a lot of musicals like "Notre Dame de Paris" when I was in London but I didn't get the chance to see "Billy Elliot." I saw the movie and I want to watch the Korean version of the musical since I heard a lot reviews saying that it was fun.
I like movie director Michel Gondry and Charlotte Gainsbourg from his film "The Science of Sleep." She starred in the movie as well as working on the music for it and I think doing such various projects is cool. I wish that I could be someone who can do various projects like that.
I get asked a lot of questions like whether I watched soccer in England when I tell people that I lived in London. I didn't watch it though. Instead, there were a lot of times when I saw enthusiastic fans drinking during the middle of the afternoon watching it. That was everyday life.
I like going to watch movies by myself. I watch it comfortably alone since I don't have many friends in Seoul. The recent film that I saw was "The Unjust." It was the typical Korean story. Without question, there is a rough and rugged feeling to Korean movies. In that sense, there are a lot of Korean films that are brutal.
I am shooting a movie titled "Play" with rock band Mate. I play myself in it even though it is an autobiographical movie about the group Mate. My character is someone who studies art in London while visiting Korea temporarily. The movie shows how I communicate artistically with Mate's guitarist and vocalist Lim Heon-il.
I like the Beatles and French band Phoenix. I like Swiss writer Alain de Botton and Japanese novelist Murakami Haruki. I especially like Haruki's "Norwegian Wood" and many pictures books whose names I can't remember. I bought the book "1Q84" and I hope to read it all in one go after I finish working. 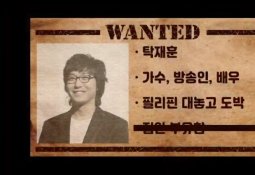