Super Junior to take Asia tour to Japan in February 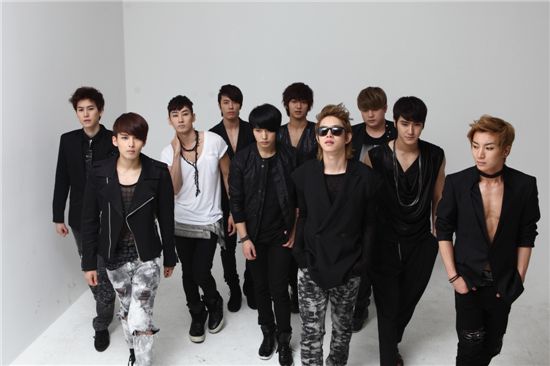 Popular Korean boy band Super Junior will perform in Japan next February, adding the country as one of the stops to their Asia tour which kicked off in mid-August.

The boys' agency SM Entertainment announced through a press release on Tuesday that Super Junior will take "SUPER SHOW 3" to Japan, holding concerts in Yokohama city's Yokohama Arena on February 18 to 19 which is expected to attract about a total 25,000 fans.

Super Junior has already performed in Korea's Seoul and Chinese cities Qingdao and Beijing for their third Asia tour and are set to tour to 13 more cities including Guangzhou, Taipei, Bangkok, Singapore and Manila.

Meanwhile, Super Junior sub-unit K.R.Y will separately hold the “SUPER JUNIOR-K.R.Y. SPECIAL CONCERT in JAPAN” on December 1 and 2 in Fukuoka after performing in Kobe concert on November 1 and 2, both of which come after requests for encore shows from their fans.

They debuted in late 2005 as one of the largest boy bands in the world but have recently been promoting themselves with just 10 members. Kang-in is serving his mandatory military duties, Kibum will be focusing on his acting career and Hangeng is currently embroiled in a legal battle with SM.

Nevertheless, the boys have been one of the most popular K-pop acts in the Asia region with numerous hit songs such as "Don't Don" and "Sorry, Sorry" under their belt.